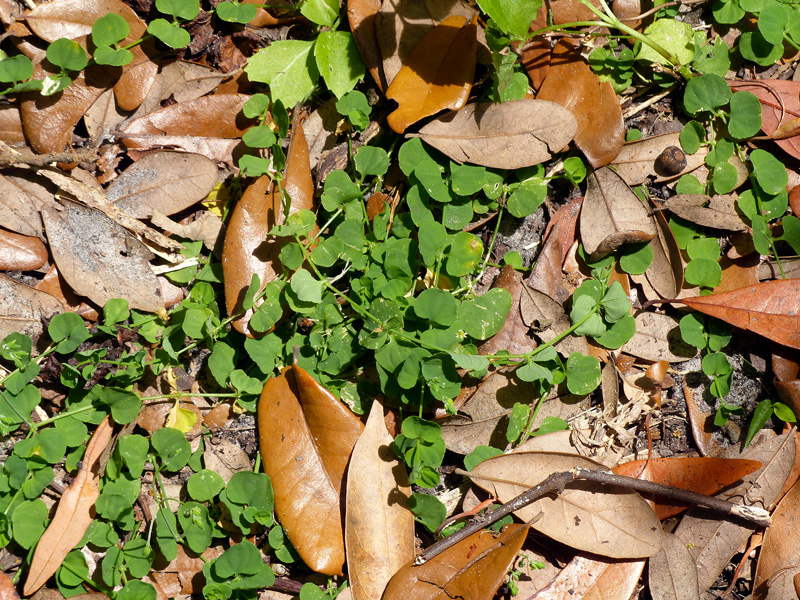 Drymary, West Indian chickweed, tropical chickweed, and whitesnow are common names given to the ubiquitous weed, Drymaria cordata, pictured above. The genus name, Drymaria, is derived from the Greek word drymos meaning forest. The species name, cordata, means heart-shaped and refers to the shape of the leaves. Its sessile or nearly sessile (stalkless) leaves are smaller than dime-sized.

This weed grows on some of the most-trafficked moist hammock trails at ORCA. Allan McCarthy, the crew chief of the professional invasive plant control team from the Institute for Regional Conservation that worked at the ORCA in late 2016, remarked about how common it to find this weed on conservation area trails throughout Florida. He called it Napoleon’s buttons.

The Global Compendium of Weeds describes this fast-growing weed as one of the most aggressive weeds of moist habitats in tropical and subtropical regions of the world; It invades more than 31 crops in more than 45 countries. It is a “weed of cultivation”. 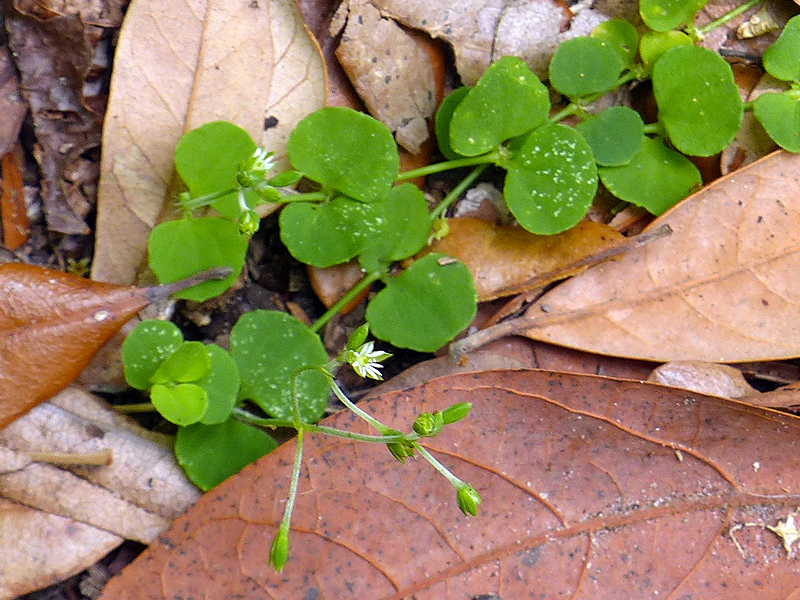 Sticky flowers and burr-like fruits contribute to its spread. The tiny, tiny white flowers have five petals that split, leaving the impression of 10 petals. The pedicel (flower stalk) and calyx have sticky glandular hairs that enable the fruits to be transported by animals and on clothing. The fruit, a tiny papery capsule (2-3 mm), splits into three parts to release the 5-10 small reddish flat seeds.

The first collections of this plant were in Florida in the early 1900’s. It now is a common weed of turf grass, a weed of lawn cultivation, which explains why it is so often found along nature trails. Visitors bring it with them — and spread it — on their shoes and clothing.

At ORCA it grows in moist areas with copious leaf litter. At Treasure Shores Park, where we field-tripped on June 3, it grows on the trails in moist low, shady spots, as shown below … 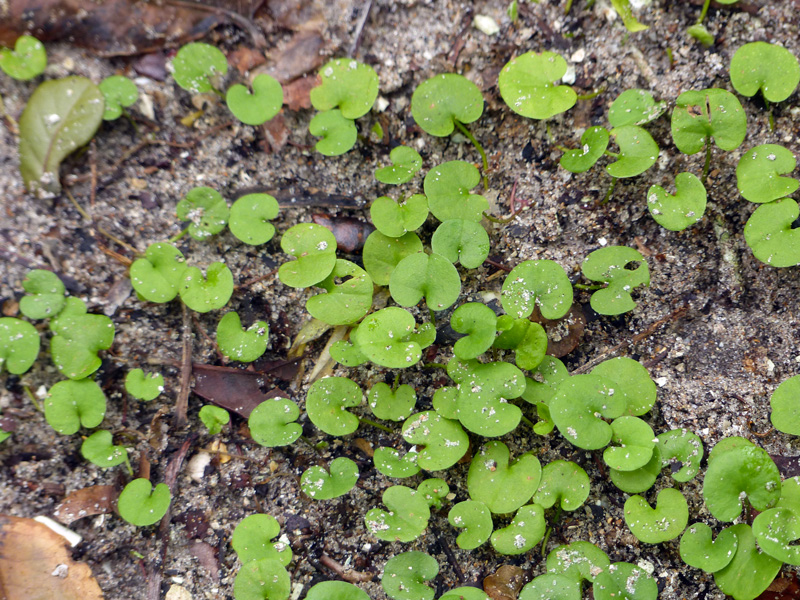 Drymary produces large amount of seeds, sometimes more than 600 seeds per plant. It also spreads vegetatively rooting from the nodes, which helps it colonize large areas very quickly. Look for it in your yard and along nature trails … 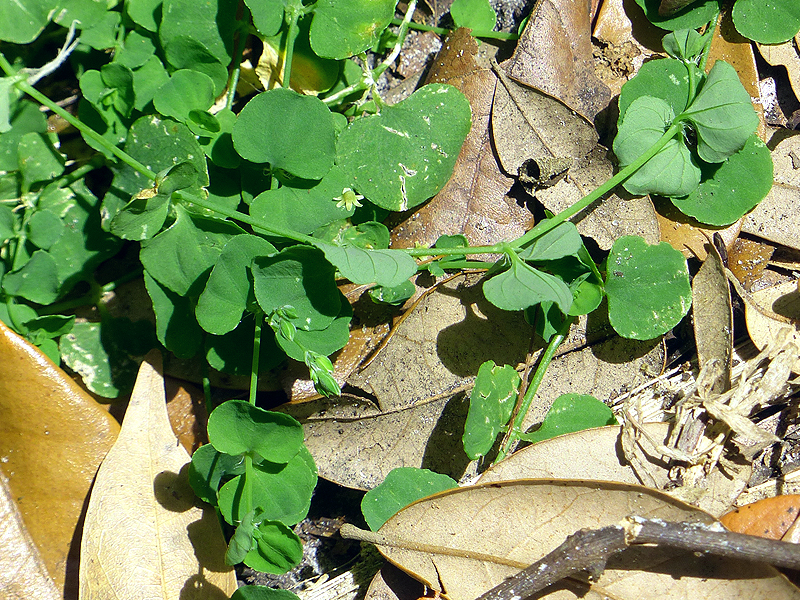