Some people consider “common” muscadine grape vines (Vitis rotundifolia) to be weeds, especially along edges where these vines can engulf other plants as shown above where the grape vine is soon to grow atop the fruiting saw palmetto (Serenoa repens). Bullace, scuppernong, and southern fox grape are other names for this grape vine that grow throughout Florida.

Other folks regard muscadine grapes as a valuable agricultural crop. In fact, research conducted at the University of Florida/Institute of Food and Agricultural Sciences shows that: “Muscadine wine contains a high level and unique variety of antioxidants which appears to prevent detrimental effects to the immune system caused by alcohol.”

Some winemakers sell the crushed the seeds and skins of muscadine grapes for use in nutritional supplements. Read more about why you might consider trying “Florida wine” in the report, Immune Benefits from Consuming Red Muscadine Wine. 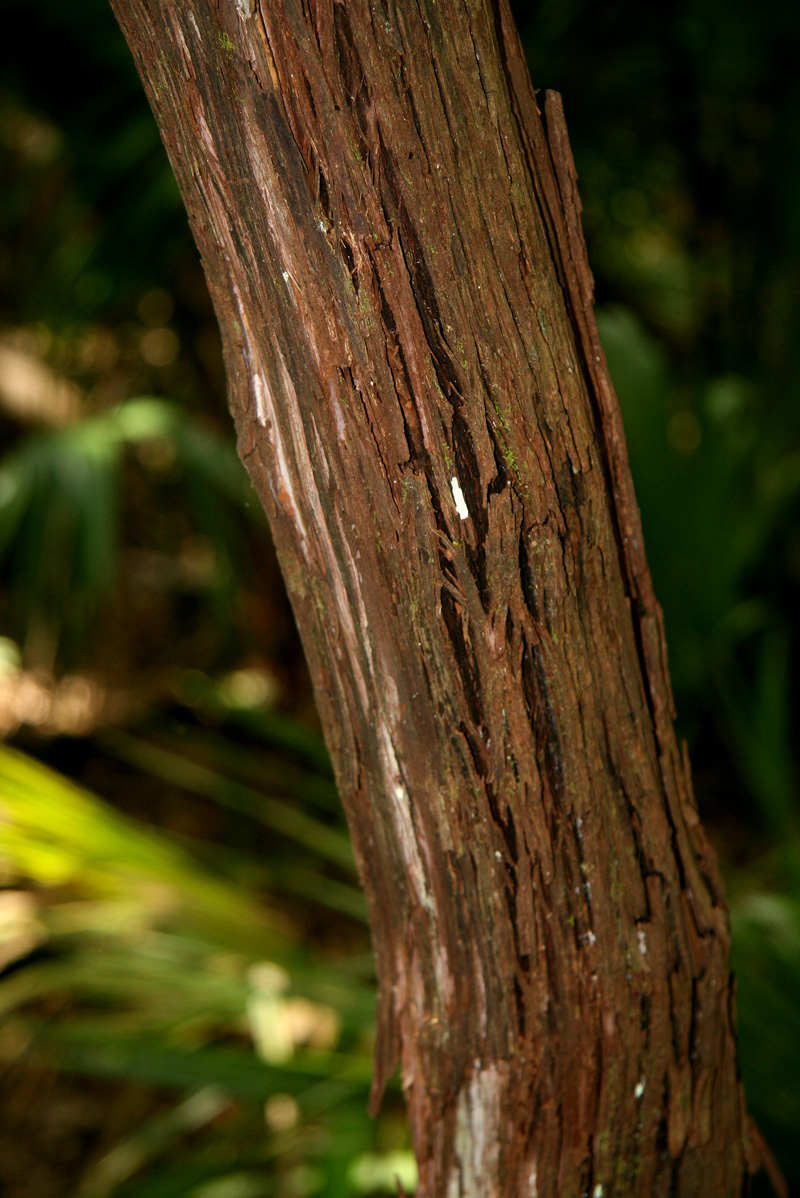 Once upon a time, the Oslo Riverfront Conservation Area was home to massive and magnificent muscadine grape vines, but these vines were cut by Indian River County Parks personnel who believed them to be “bad”. Below is a muscadine grape vine that did remain in 2005 and flourished after the Hurricanes Frances and Jeanne brought sunlight to the forest floor.

Muscadine grapes, native to the eastern U.S., flower in the spring and have ripe fruit 100 to 120 days later. The grapes are big, round, thick-skinned, and enjoyed by birds, squirrels, raccoons, and other critters. You can eat them, too, though the sweetness of wild grapes can be quite variable. Or, you could grow commercial cultivars and make your own “healthy” wine.