Yes, the trails at the Oslo Riverfront Conservation Area (ORCA) were flooded on 10-8-2017, when Steve Goff (Class of 2006), Judith Filipich (Class of 2016), Gayle Lafferty (Class of 2012), and Janice Broda took a walk to the Observation Tower. The hammock loop is underlain by hardpan, a clay like soil substrate , and tends to hold water as a result. Conditions were not as wet as earlier in the week or as bad as expected. 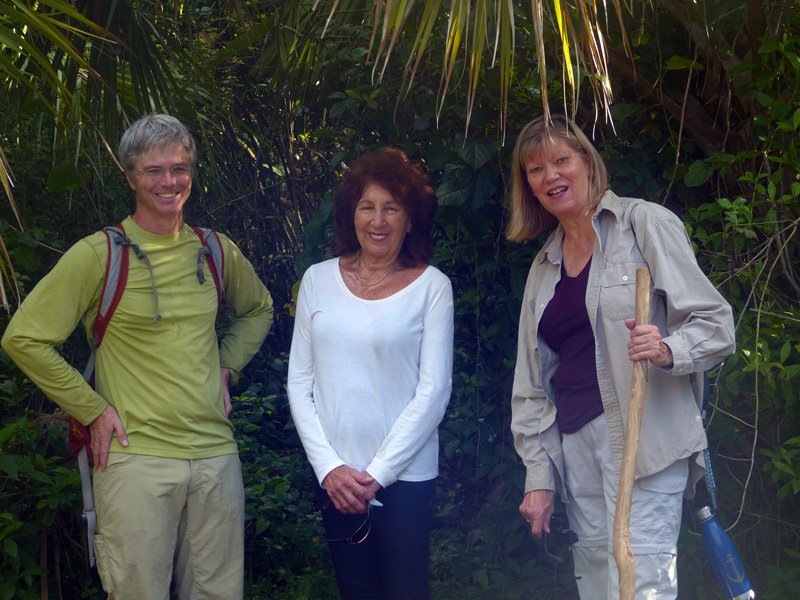 Most of the trails were dry with some notable exceptions: the hammock loop, a  bit of the scrubby pine flatwoods underlain by hard pan, and, of course, near to the coastal wetlands.

Muddy places were a bit slippery, and boots were definitely the best footwear. Reflections in the pooled water brought a special beauty to our first post-Hurricane Irma walk at ORCA … 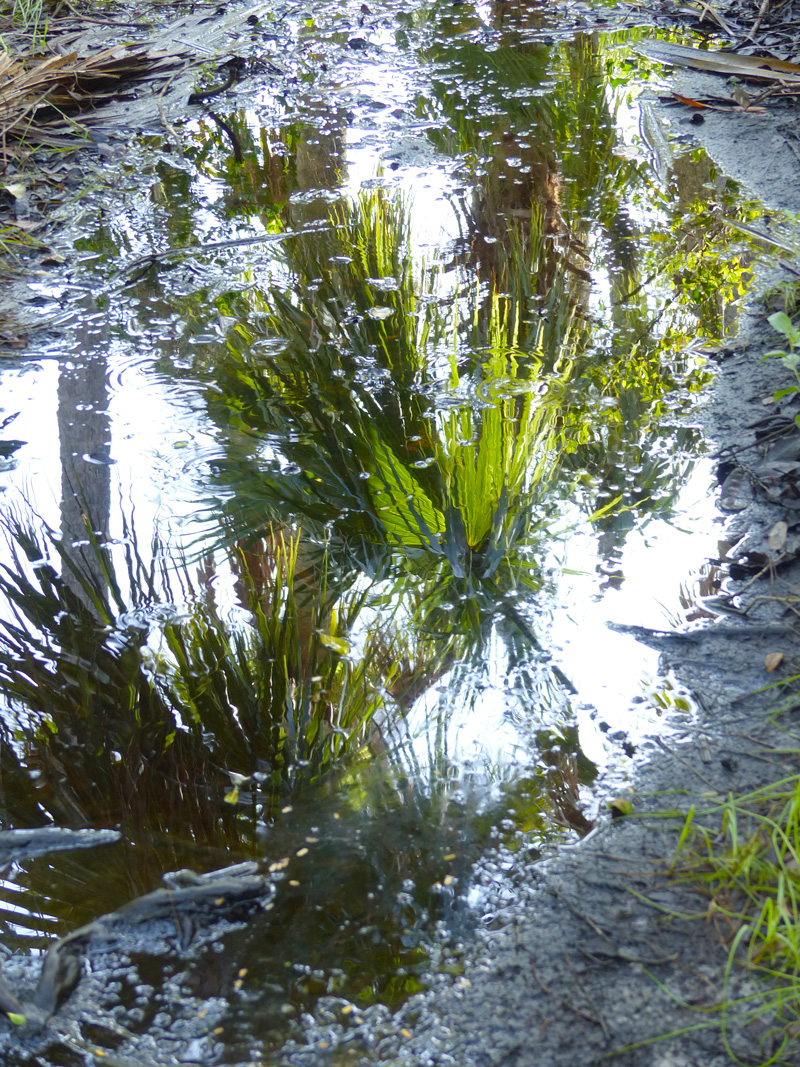 The plants, of course, are easy to photograph. They stay in place.

Steve Goff pointed out this mangrove skipper (Phocides pygmalion) on a red mangrove (Rhizophora mangle), its larval host food. It refused to pose atop a leaf. 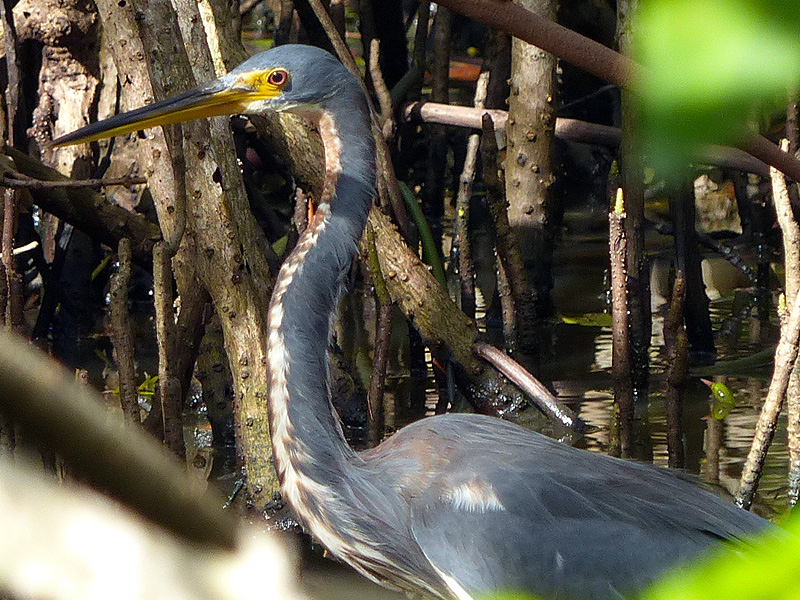