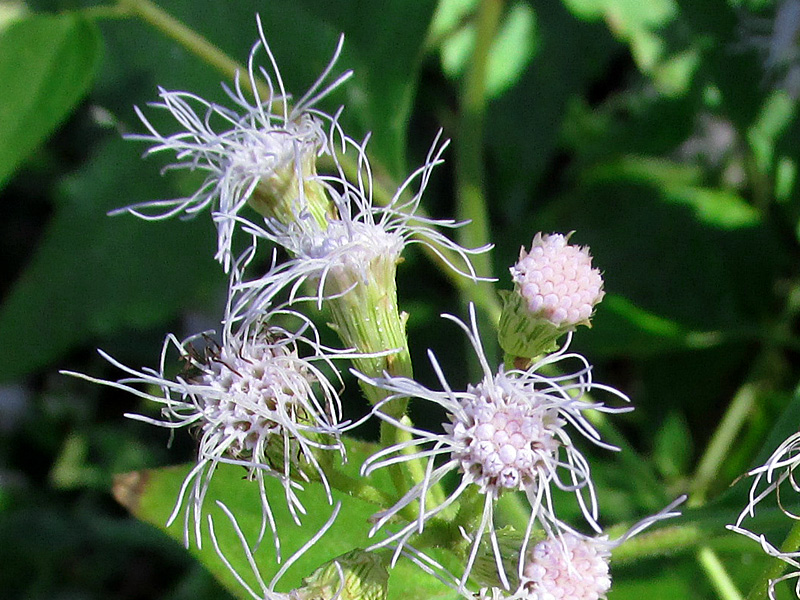 Hurricane Irma coupled with the disturbance associated with the extensive professional invasive plant control work at the Oslo Riverfront Conservation Area (ORCA) has allowed jack-in-the bush (Chromolaena odorata) to display its weediness dramatically. This subtropical plant, a member of the daisy family, Asteraceae, is native to Florida, Texas, Mexico, central America, and south America. Butterflies, bees, and other pollinators love the nectar of this plant.

However, this plant has proven to be an invasive pest plant in southern Africa, tropical  Asia and some oceanic islands with warm climates, giving rise to a plethora of common names that belie its weediness: Armstrong’s weed, butterfly weed, devil weed, kingweed, paraffinweed, Siam weed, turpentine weed, and triffid weed. It invades riparian areas, forest margins, roadsides, pastures, croplands, and disturbed sites. It is quite abundant now in the hammock loop area where huge amounts of air potato (Dioscorea bulbifera) were removed, 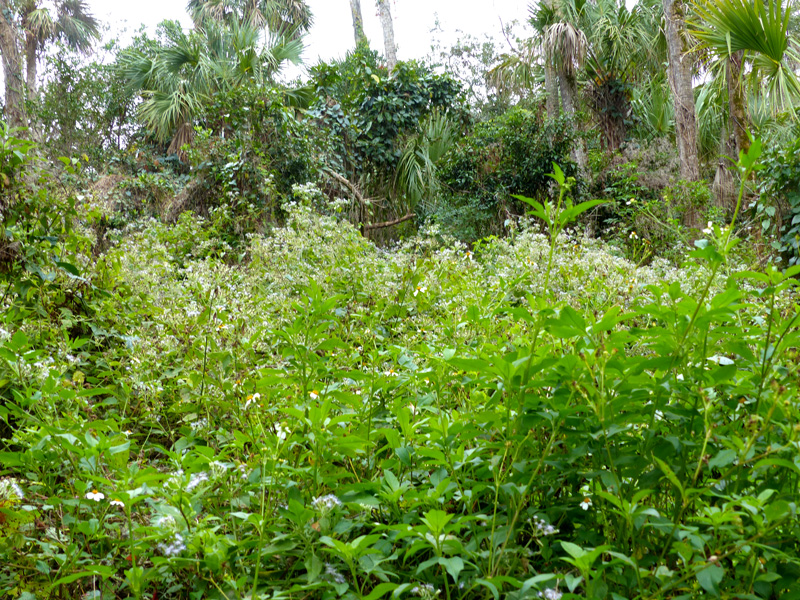 Its opposite leaves are triangular in shape with an ovate (rounded) base, an acute apex (pointed tip), and coarsely toothed margins. 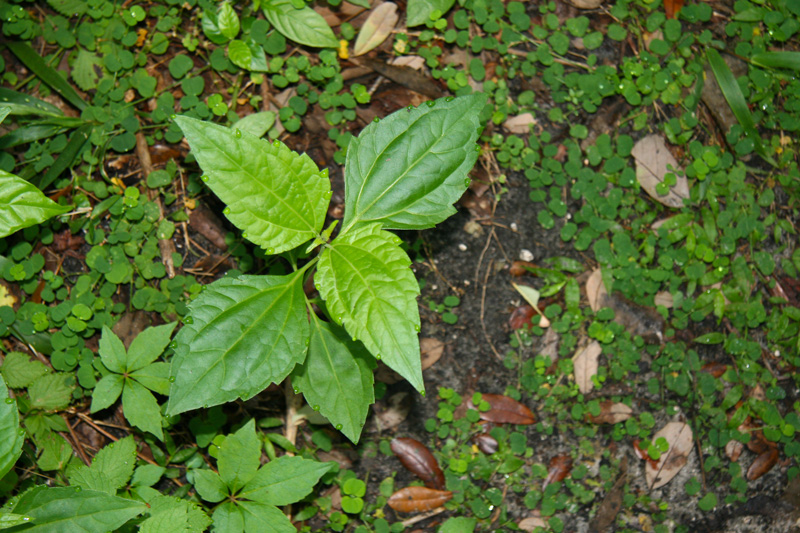 The small flower heads (capitula) are whitish, pinkish, or pale blue and are borne in terminal panicles.

Its tiny dark seeds (achenes) are dispersed by wind. Pieces from the crown are said to root readily. 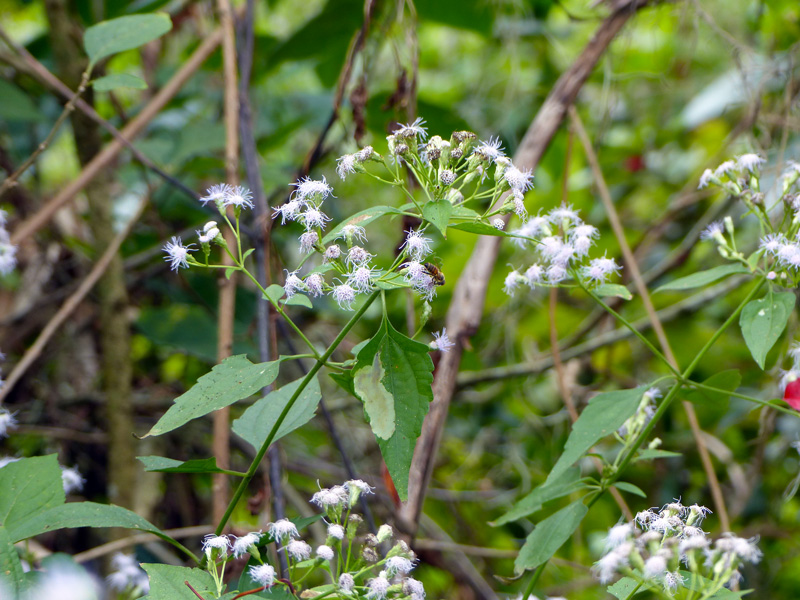 Beauty — and weediness — are in the eye of the beholder and the locale.