In 2012 Don Morris (Class of 2009) took this photo of a zebra longing butterfly that had come to nectar upon the lantana (Lantana strigocamara) that I had plucked — to talk about this Evil Invader. That butterfly reminded me that that Nature (and Life) is messy. Thanks to Don for memorializing the moment.

The Evil Invader has long history. Of West Indian origin, it became popular as a greenhouse plant in the 18th century. Who wouldn’t love an easy to grow plant with pretty multi-colored flowers that attract bevies of butterflies?

The tiny tubular flowers of this incredibly variable invasive lantana (pictured above and below) even “show off”, changing color with age. White flowers turn pink or red, and yellow flowers become pink, orange or reddish.

Its flowers, held in flat-topped or dome shaped clusters, can be pink, white, yellow, orange of some combination thereof. 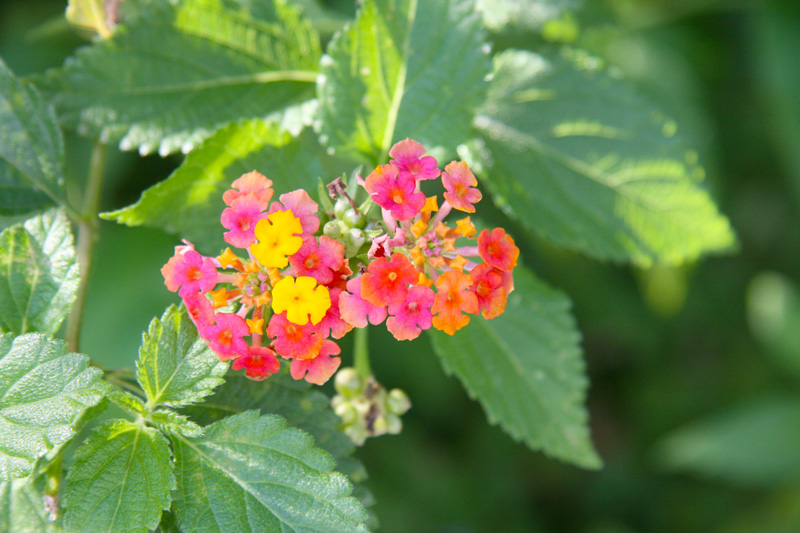 Its opposite leaves are ovate and rough to the touch much like a cat’s tongue. They emit a distinctive scent when crushed. 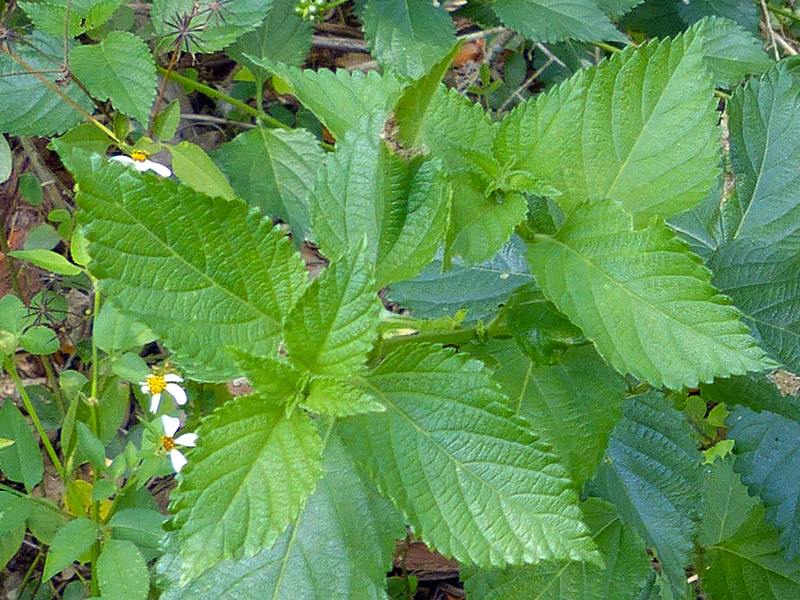 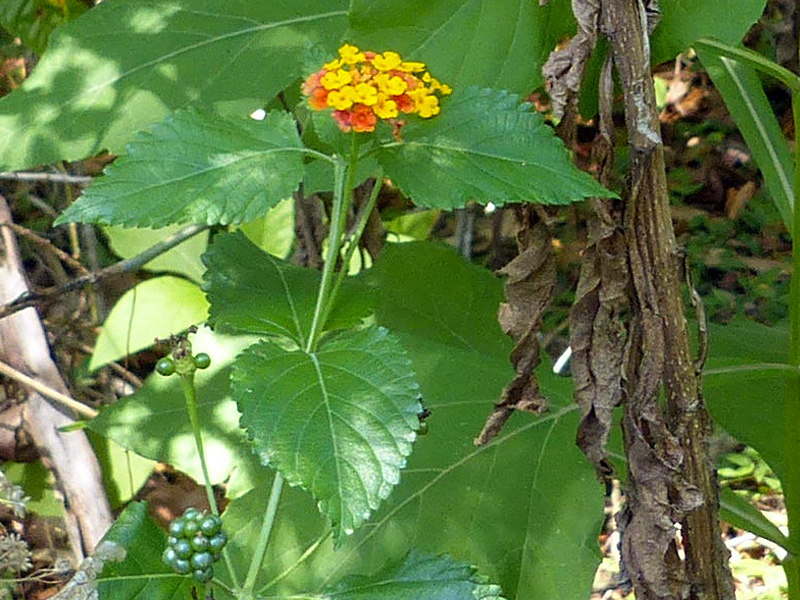 The leaf bases (at least on one side) are truncate (squared off), and its leaf margins (edges) have lots of teeth (20+). These two features distinguish the nasty invader from the endemic yellow-flowered Lantana depressa for which Dr. Richard Wunderlin identifies 3 different varieties. One variety (L. depressa var. depressa) is limited to the pine rocklands of southernmost Florida and is listed as endangered. One of the dangers: The ubiquitous Evil Invader hybridized with it. Another variety (L. depressa var. floridana) is endemic to east coast of central and southern Florida. It, too, has been overwhelmed by hybridization with the Evil Invader, the Evil Hybridizer.

Fruit production of the Evil Invader/Hybirdizer is prolific: Possibly 12,000 seeds per plant. The good news? Germination generally is low. The bad news? Seeds germinate reliably when “pre-treated” by the digestive tract of an animal. Birds do much to disperse this plant.

The fruits are tiny – about .2″ in diameter. They ripen from green to purple to dark black.

Unripe (green) fruits are poisonous and can be fatal to humans. The fruit and leaves are poisonous to horses, cattle, and dogs, and this plant loves to invade pastures. It is banned in most African countries. The Evil Poisoner.

Another complication in this messy reality? Many cultivars are sterile or nearly so. Bloomify™ Rose and Bloomify™ Red are two recently introduced sterile colorful cultivars bred by the University of Florida: https://www.morningagclips.com/new-lantana-plants-protect-native-flora-enhance-landscapes/.

An absolutely “safe” choice is the “other” native lantana, wild sage (Lantana involucrata), also known as buttonsage. This plant of West Indian origin is endemic to central and south coastal Florida and does not seem to hybridize with the Evil Invader. It is a quite salt tolerant shrub, which grows to be about 5′ tall with a rounded form when left unpruned. Yes, it attracts bevies and butterflies, and its tiny light magenta fruits are beloved by birds. 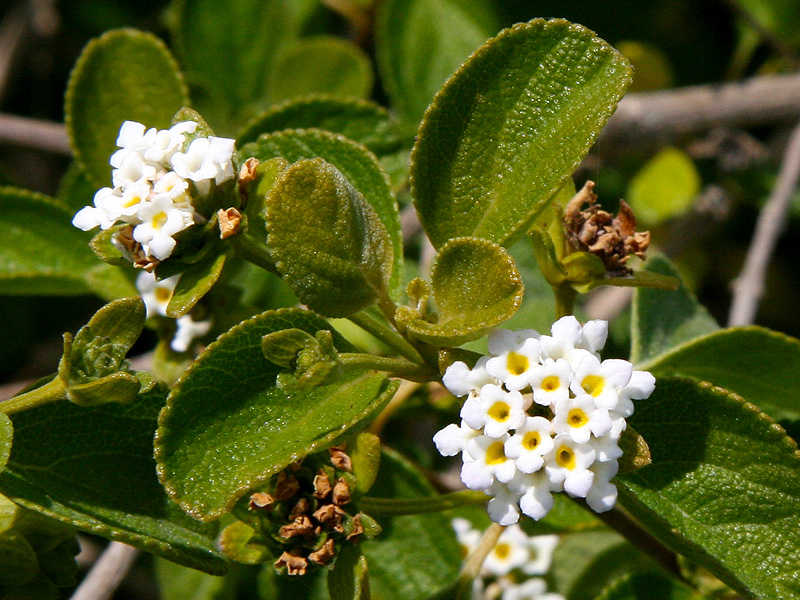 To butterflies, any lantana with its landing pad of tiny tubular, nectar filled flowers are enticing. To birds, the fruits are yummy sustenance.

To the nursery grower who exports their easy to grow Lantana strigocamara plants to northern climates as spring/summer annuals, this plant is a money-maker.

To the folks with horses or cows in their pasture, the Evil Invader is a potential plague of poison.

To the land manager, the Evil Invader is yet another invasive pest plant that consumes time and resources.

To the native Lantana depressa, the Evil Invader is a threat to its genes and its very existence — if it still exists. Check out naturalist Roger Hammer’s comprehensive review of the “Lananta Mess: A Critical Review of the Genus in Florida” in the Florida Native Plant Society quarterly publication, The Palmetto: https://plants.ifas.ufl.edu/wp-content/uploads/files/caip/pdfs/TheLantanaMess.pdf

What is a Weed is indeed a “thorny” question …