On our field trip on 7-21-2018 to Treasure Shores Park, we saw American pokeweed (Phytolacca americana) growing in a recently disturbed area not far from the lifeguard station.  Last year, this area (shown below) was filled was dead beach naupaka (Scaevola taccada), an Florida Exotic Pest Plant Council Category #1 invasive plant that had been treated with herbicide. 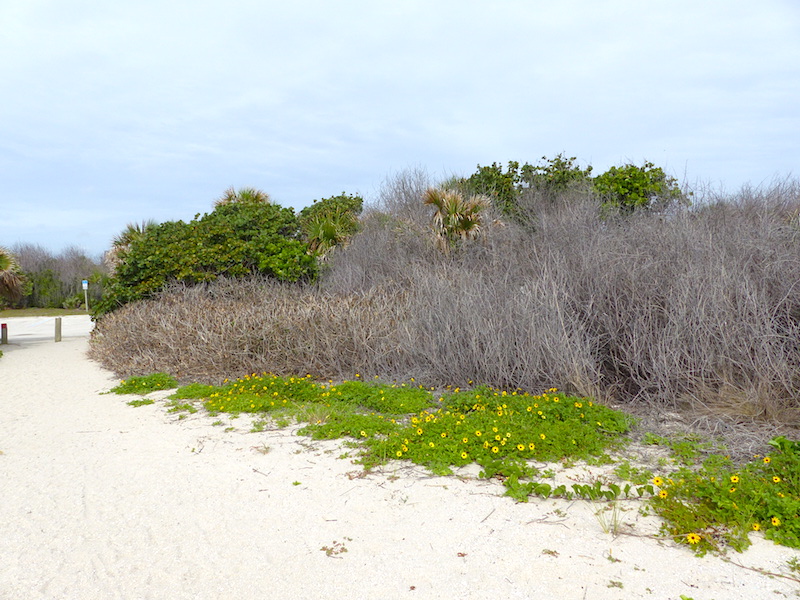 Pokeweed is native to most of the U.S. and eastern Canada.  In Florida, it grows in wooded areas, pastures, and disturbed places and is sturdy enough to withstand the challenges of growing near to the beach in the coastal stand.  A perennial, pokeweed forms a substantial taproot and dies back to the ground each winter to re-emerge in the spring.

This plant has a long history of human use, and its common name is thought to be derived from an Algonquian Indian word, puccoon, meaning plants used for staining.  Its fruits are dark purple when ripe, and Thomas Jefferson wrote the U.S. constitution with ink made from pokeweed berries.  And, it is still readable today. 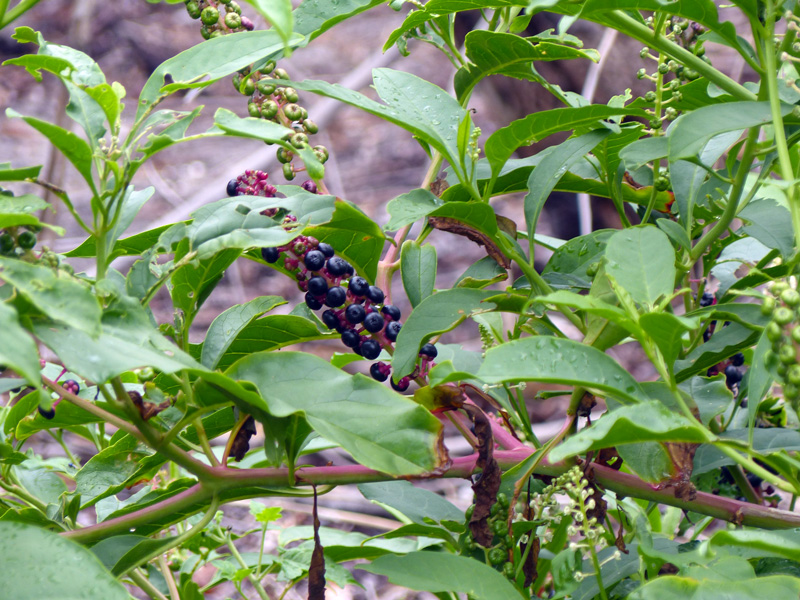 Its berries, roots, and older red stems are highly toxic.  New foliage is consumed as poke salad, but — only after — young leaves have been boiled, and the water changed at least two times to leach out the toxins.  Pokeweed was canned commercially until 2000 when workers interested in harvesting the leaves no longer could be found.

Even from a distance, as shown above, you can identify older plants from the thick reddened stems, as Fran Robinson (Class of 2018) pointed out. 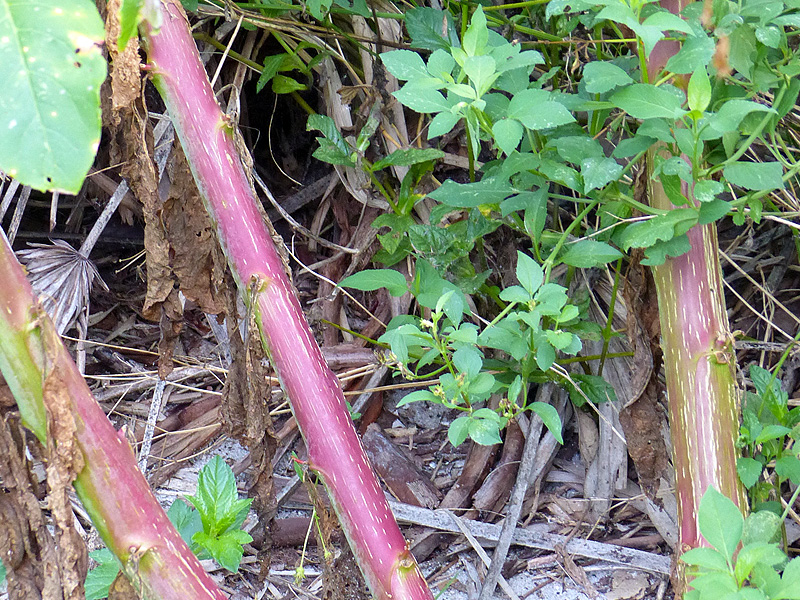 Its stems become hollow and purple-red as it matures.  New, young growth, however,  is green …

Its leaves can grow to be 10″ long and are alternate, simple, and ovate.  Note the oblique (uneven) shape of the leaf bases. 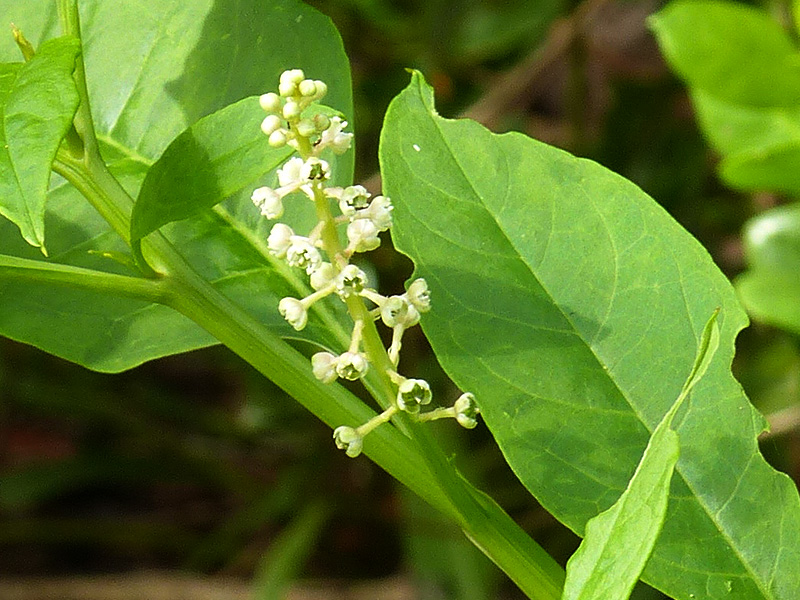 Its flowers, held in racemes, are not particularly showy and do not have petals. The white structures are its sepals.

Fruit formation, however, is quite dramatic … 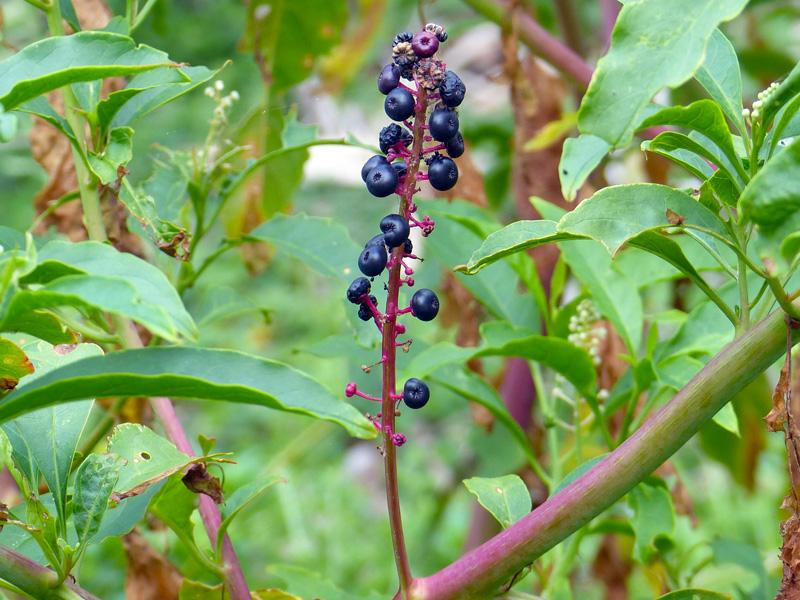 Though poisonous to people, the showy fruits are consumed by birds, squirrels, raccoons, opossums, bears, and other critters.  Fruiting often coincides with fall bird migrations.  Robins, cedar waxwings, and warblers are among the migratory birds that devour the fruits.

Pokeweed brings wildlife, color, and beauty but is considered to be a weed when it arrives in the wrong place.