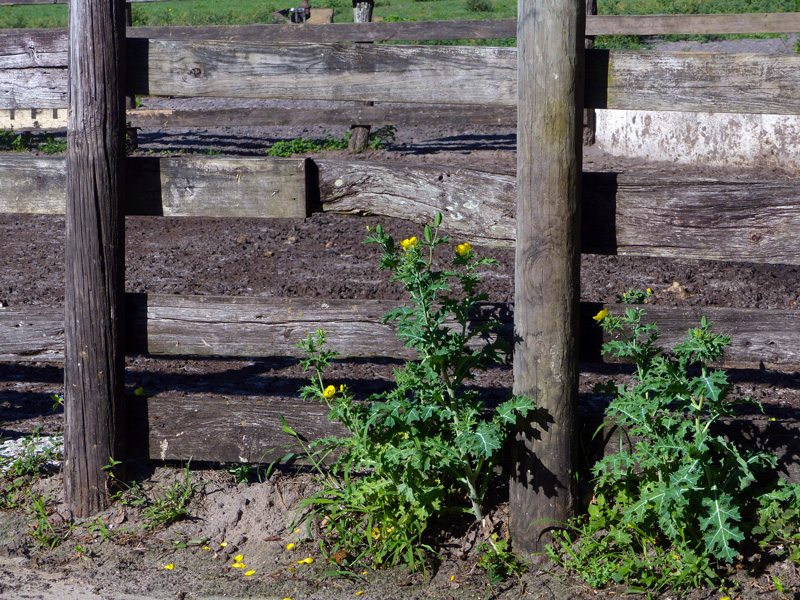 Common names of plants sometimes can be confusing.  Mexican pricklypoppy (Argerome mexicana), pictured above in the historic cow pens at Treasure Hammock Ranch, is a native annual, even if some of its many common names says that it’s Mexican.  Goatweed, Mexican thistle, prickly poppy, and yellow thistle are other common names for this pretty, but prickly, plant in the poppy family, Paparaceae.

Mexican pricklypoppy grows throughout eastern U.S.  In Florida, this annual begins in the early winter starting out as a basal rosette of extremely spiny leaves and eventually growing upwards to be 2-3′ tall.  Each of the whitish green leaves is about 6-8″ long and deeply lobed.

Flowering commences in March,.  Its 4 to 6-petaled flowers are bright yellow and about 2 1/2″ across.  Mexican pricklypoppy flowers are of great interest to pollinators …

This European honeybee (Apias mellifera) has collected copious amounts of pollen in its specialized pollen baskets (corbiculae), a structure that makes them easy to identify. 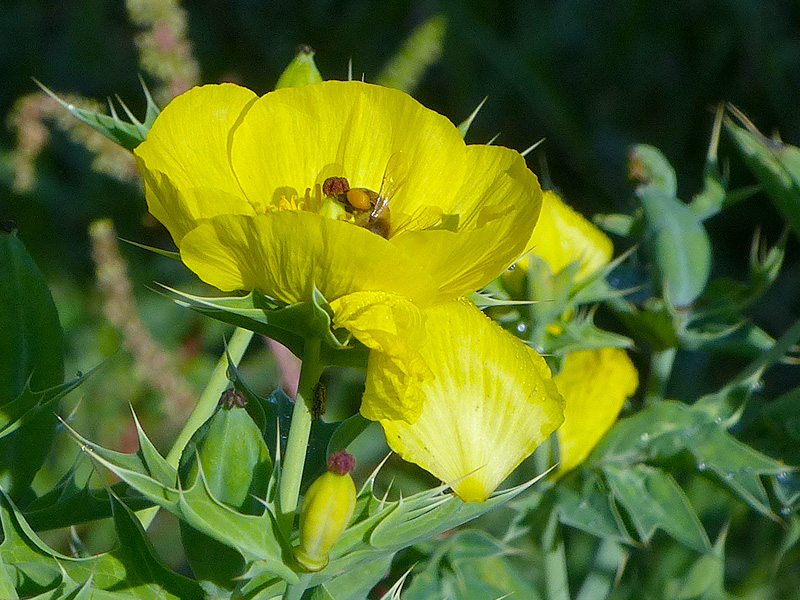 Its fruit is an egg-shaped (ovoid) capsule, and one plant can produce about 400 seeds.  This plant, especially the seeds, is poisonous to livestock but is unlikely to be eaten due to the nasty thorns.  In Kenya and other parts of Africa, Mexican pricklypoppy is considered an aggressive invasive pest.