Donna Winter (Class of 2016) shared the wonderful photos of mangrove rubbervine (Rhabdadenia biflora) shown above.  This high-climbing, very vigorous vine clambers over mangroves and other vegetation, so some folks describe it as weedy.   Under moist conditions, It can colonize a substantial area via underground suckers.

Also known as rubbervine and mangrovevine, this native vine is one of the few vines that you will find growing in tidal marshes and on the edges of mangrove forests.  You will find it growing along the wetland cross-over bridges at the Oslo Riverfront Conservation Area (ORCA), along the eastern part of Oslo Road, and on many mosquito impoundment dikes.

It often twines around itself, and its stout stems can be up to 1/2″ thick.  As with many other members of the dogbane family, Apocynaceae, its stems contain a white milky sap that is poisonous. 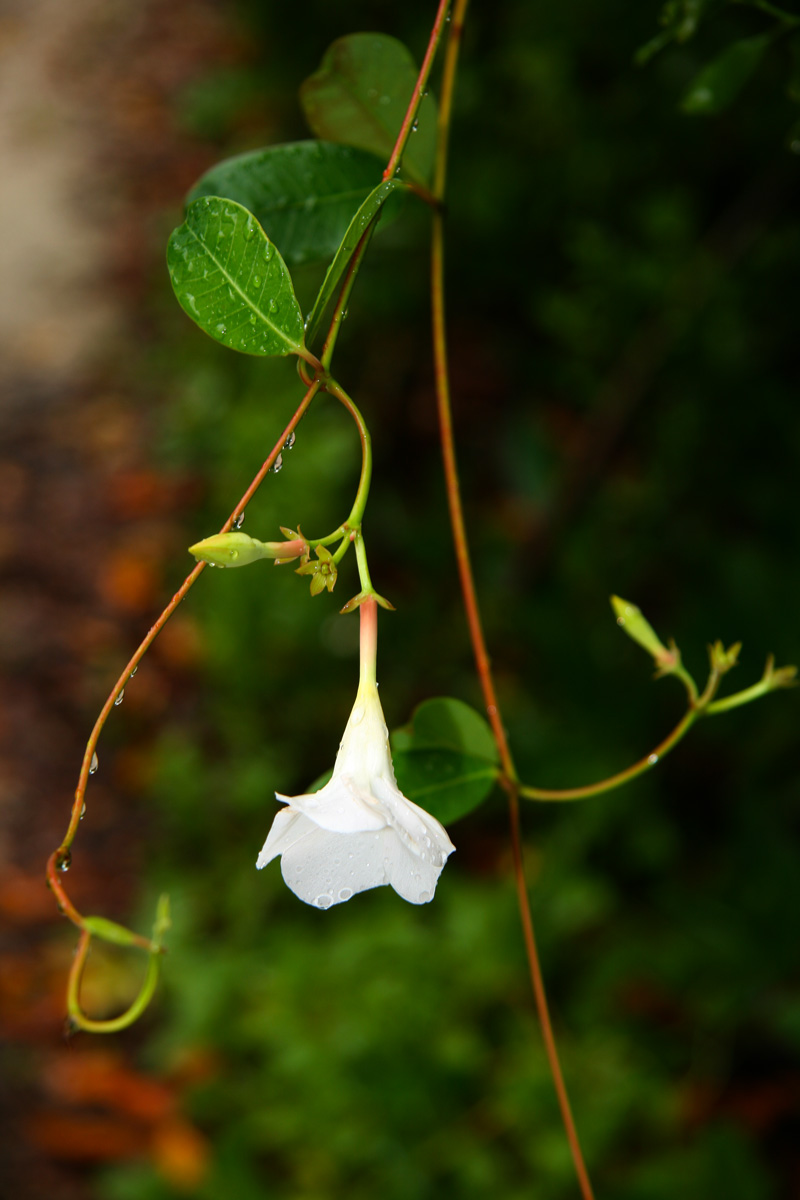 Its flowers are trumpet-shaped, as is true for many plants in the dogbane family.  The deep throat is light yellow in color, and given the location of the pollen deep inside the plant, sphinx moths are thought to be the pollinators.

Flowering and fruiting occurs throughout the year when temperatures remain warm.  This tropical plant ranges from Brevard County southward.  Its flowers and fruits are borne in pairs, giving rise to its species name, biflora, meaning two flowers. 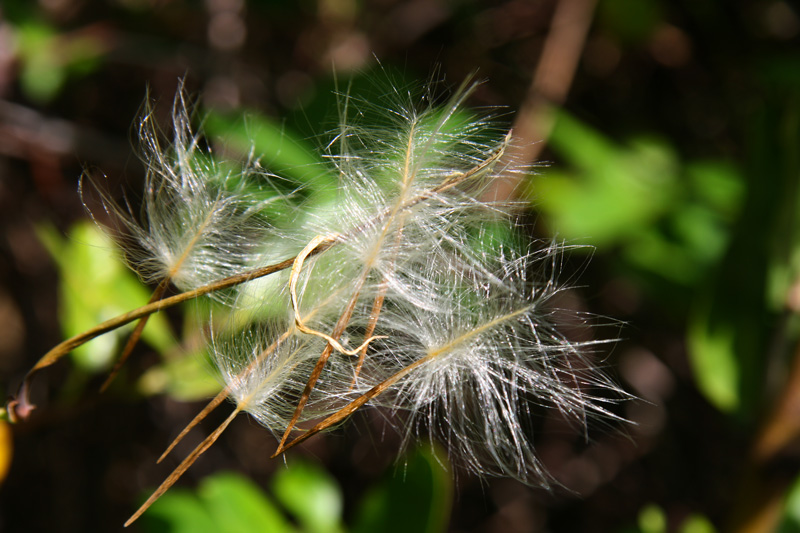 Its opposite leaves have a dramatic pinnate venation and reddish petioles (leaf stems).  The leaves tend to be darker green under shadier conditions.

The growth habit, habitat, flowers, and pods aid in identification of this vine.  Tolerant of a wide variety of difficult conditions, mangrove rubbervine can be grown over a trellis in a landscape. 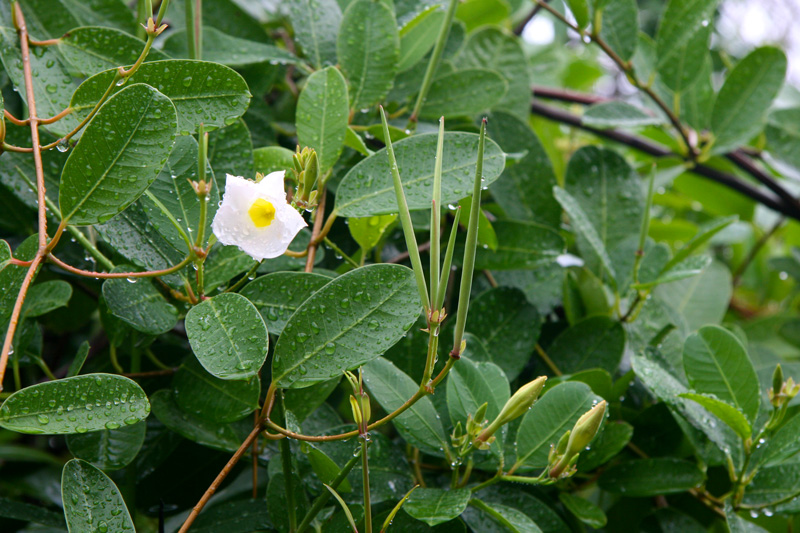