The butterfly orchids (Encyclia tampensis) at the Oslo Riverfront Conservation Area (ORCA)  are beginning to form seed pods.  A group of 12 people braved the heat to take an orchid walk on Sunday, 7/21/2019, and were well-rewarded with lots of orchids to see, some forming pods & some still with flowers.

The “hard” part was spotting the orchids in the midst of a carpet of other epiphytes, including lots of southern needleleaf (Tillandsia setacea) and Spanish moss (Tillandsia  unsteadies), and resurrection fern (Pleopeltis michauxiana) brown from the sustained lack of rainfall.

As the flowers wither, a seed pod begins to form.  This pod will contain lots of tiny dust-like seeds that hopefully will be spread by the wind to a place to germinate and grow into another orchid plant. 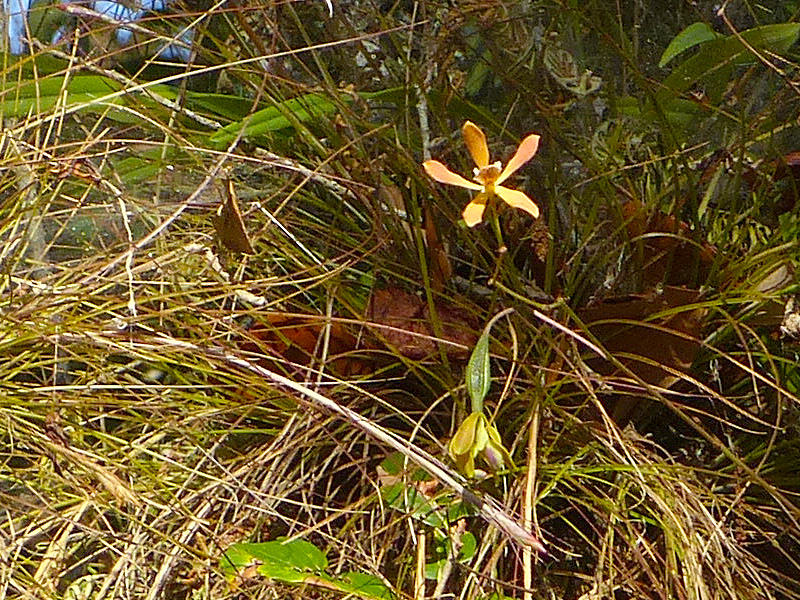 The pods are ripe and open to spread their seed during the autumn, winter, and even spring.  Different plants, like people, mature at different rates. 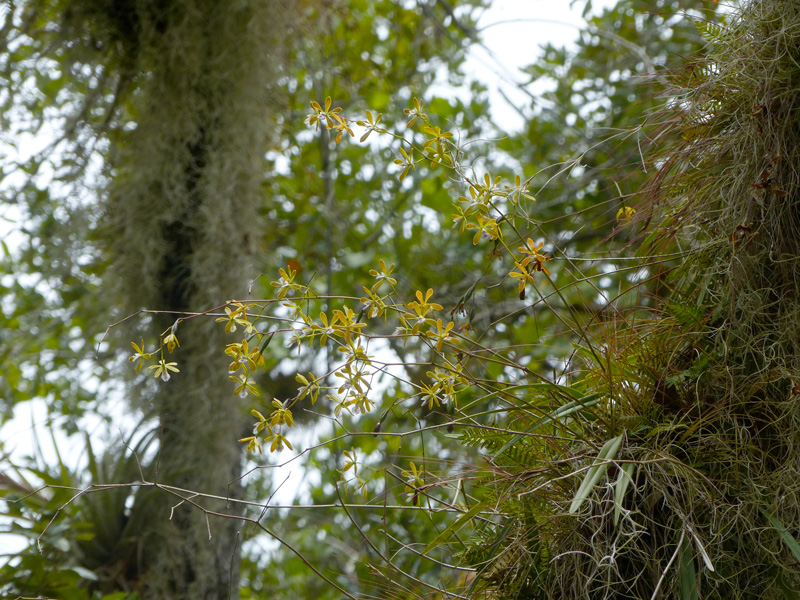