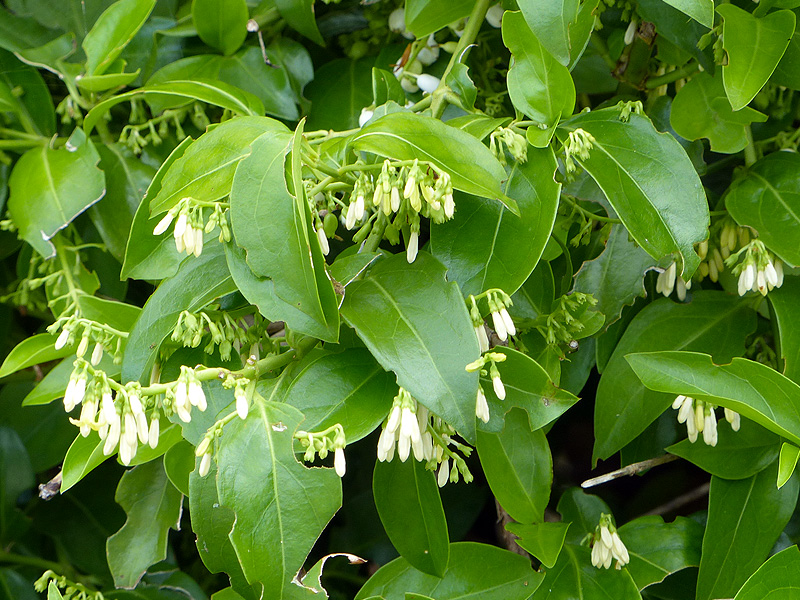 The snowberry (Chiococca alba) at Treasure Shores Park was covered in flower buds when we visited on 8-15-2020.  Both its genus and species names refer to its snow-white berries.  The genus name, Chiococca, comes from the Greek words, chion, which means snow, and kokkos, which means berry.  The species name, alba, means white.  Think albino. 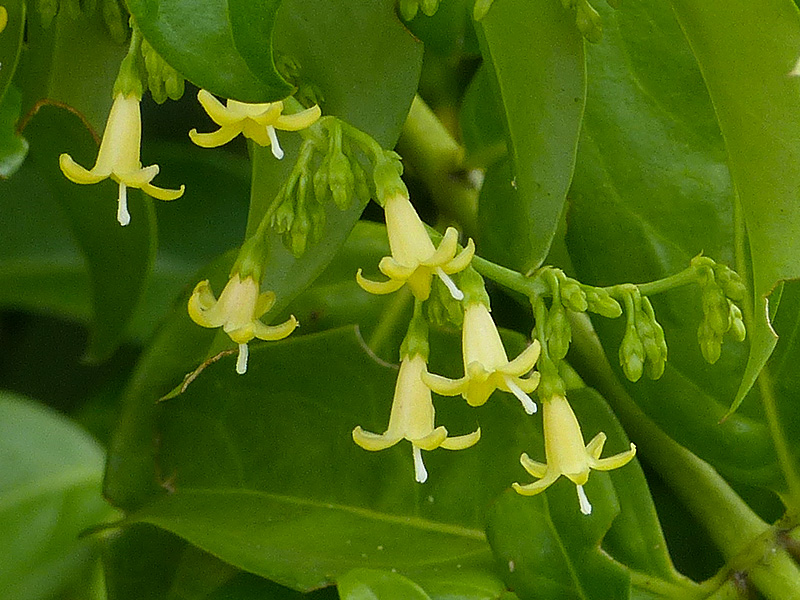 Though the flower buds initially are whitish, they are pale yellow when they open, as seen above in a photo taken at the Oslo Riverfront Conservation Area.  Snowberry is abundant there on the south side of the trail just a bit after the where the trail travels in a north south direction to cross the FDOT ditch.

Snowberry can grow as a sprawling shrub or as a clambering vine.  We saw both growth habits right next to each other at Treasure Shores Park on the east side of the parking lot … 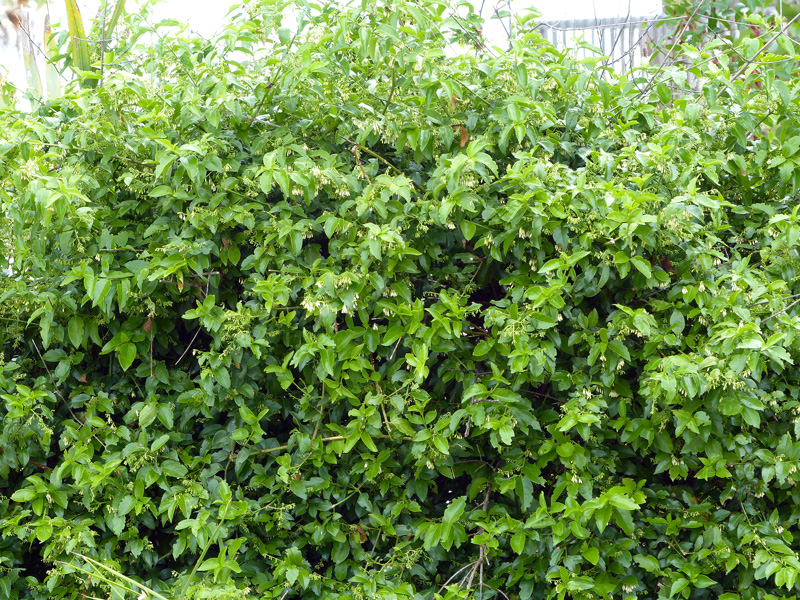 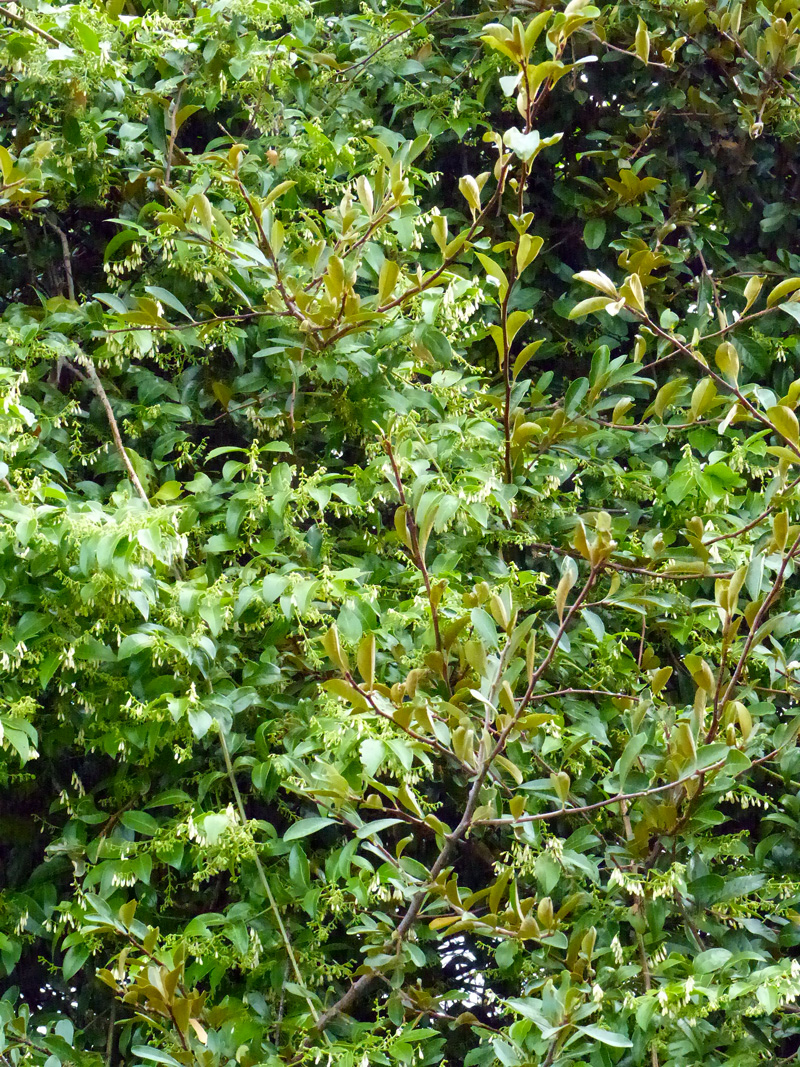 As a vine it had climbed up into the canopy of a tough bully tree (Sideroxylon tenax). Another common name for this thorny tree is tough bumelia, since its botanical name not long ago was Bumelia tenax. The gorgeous golden hairs on the undersides of its leaves are a distinguishing feature. 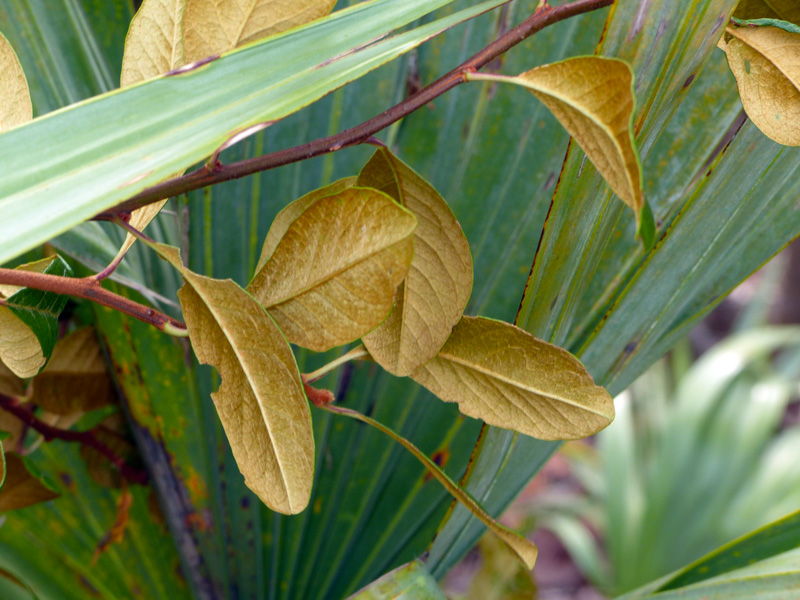 Both of these hammock plants are drought tolerant, reasonably salt tolerant, and have fleshy fruits that birds and other wildlife consume and spread. 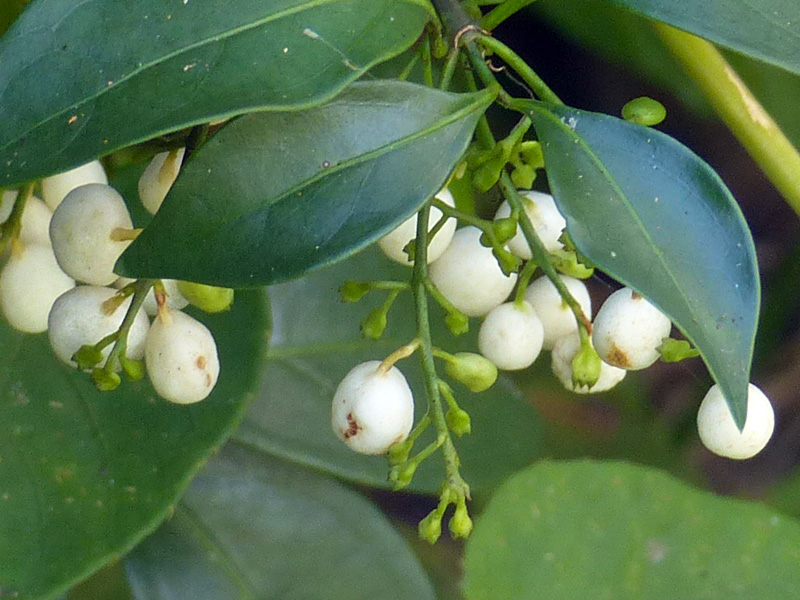