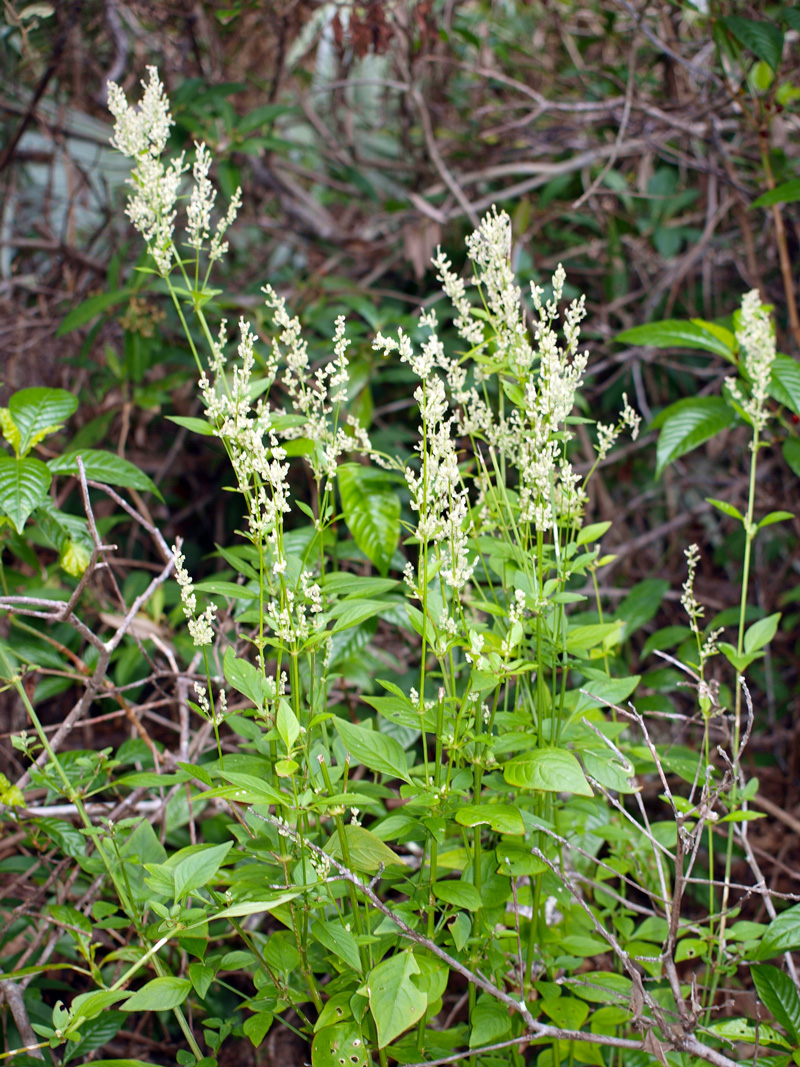 Juba’s bush (Iresine diffusa) is easily to overlook until it flowers. The genus name, Iresine, is thought to be derived from the Greek word eiros, which means wool. The species name, diffusa, means loosely spreading.  Both the genus and species name allude to the shaggy elongated whitish flower stalks (panicles).

Also known as bloodless, this short-lived perennial grows to be 2 – 3′ tall. Its ovate to lanceolate leaves are opposite.    You will find Juba’s bush growing where hammock transitions to coastal wetlands at the Oslo Riverfront Conservation Area. It is tolerant of innudation by brackish water and often grows in light shade.

Flowering occurs throughout the year. Bees and other pollinators visit the tiny whitish flowers, and wind spreads the tiny seeds. 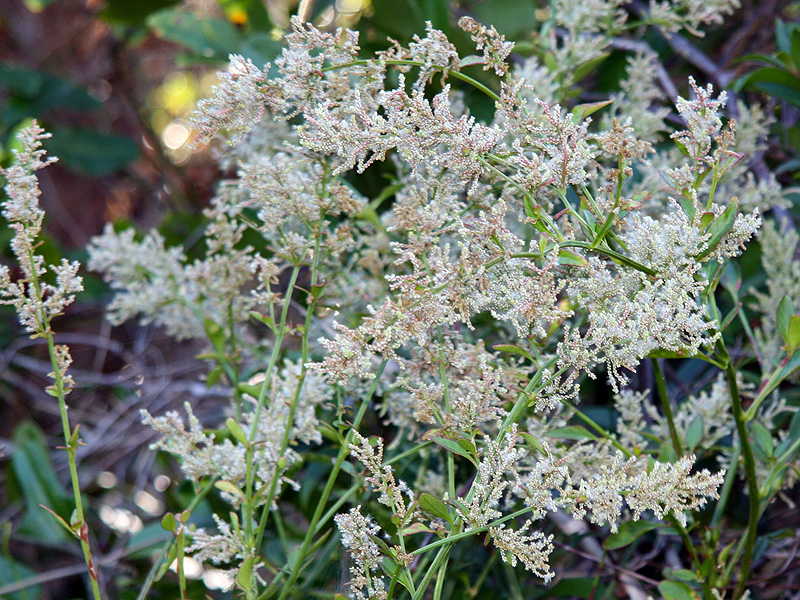