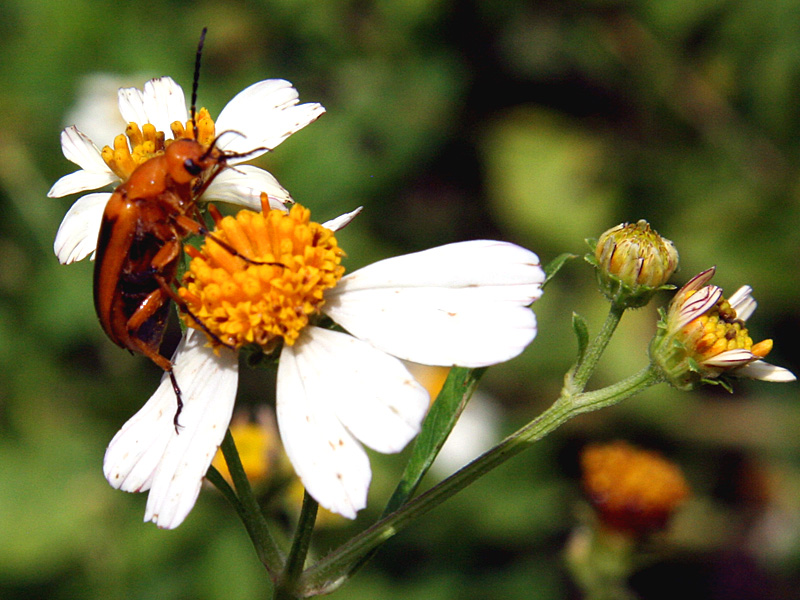 Fossil records show that beetles were very abundant more than 300 million years ago. About 40% of the known insects are beetles. According to the U.S. Department of Agriculture, beetles are “responsible for pollinating 88% of the 240,000 flowering plants globally”.

Beetles tend to prefer white or green flowers with ample pollen and a fruity or fetid fragrance. Nectar sometimes is present and is readily available.

Beetles pollinate many “ancient” flowering plants like magnolias with their large bowl-like flowers. They also pollinate cycads, the oldest form of seed-bearing plants, including the coontie (Zamia floridana).

Beetles and flies are considered “dumb” pollinators when compared to bees and butterflies which “remember” “their” nectar and pollen plants. Like their “smarter” counterparts, beetles also visit composite flowers like the common beggarticks (Bidens alba) pictured above.