The nightshade family, Solanaceae, is quite diverse and includes many economically important plants — that we love or hate — such as tomatoes, eggplants, tobacco, bell peppers, chili peppers, potatoes, and petunias. Members of this plant family are found on every continent except Antartica.

Only two-leaf nightshade is found at the Oslo Riverfront Conservation Area (ORCA), fortunately.

It is easy to see why this plant is commonly called two-leaf solanum with its large elliptical leaves coupled with much smaller ovate to obovate (roundish) leaves. The species name, diphyllum, translates to 2 (di) leaves (phylum). Twin-leaf solanum is another common name for this plant.

Fruiting occurs throughout the entire year. When ripe, the globose fruits of this shrub or small tree (to 6′) are about 1/2″ in diameter and golden orange in color … 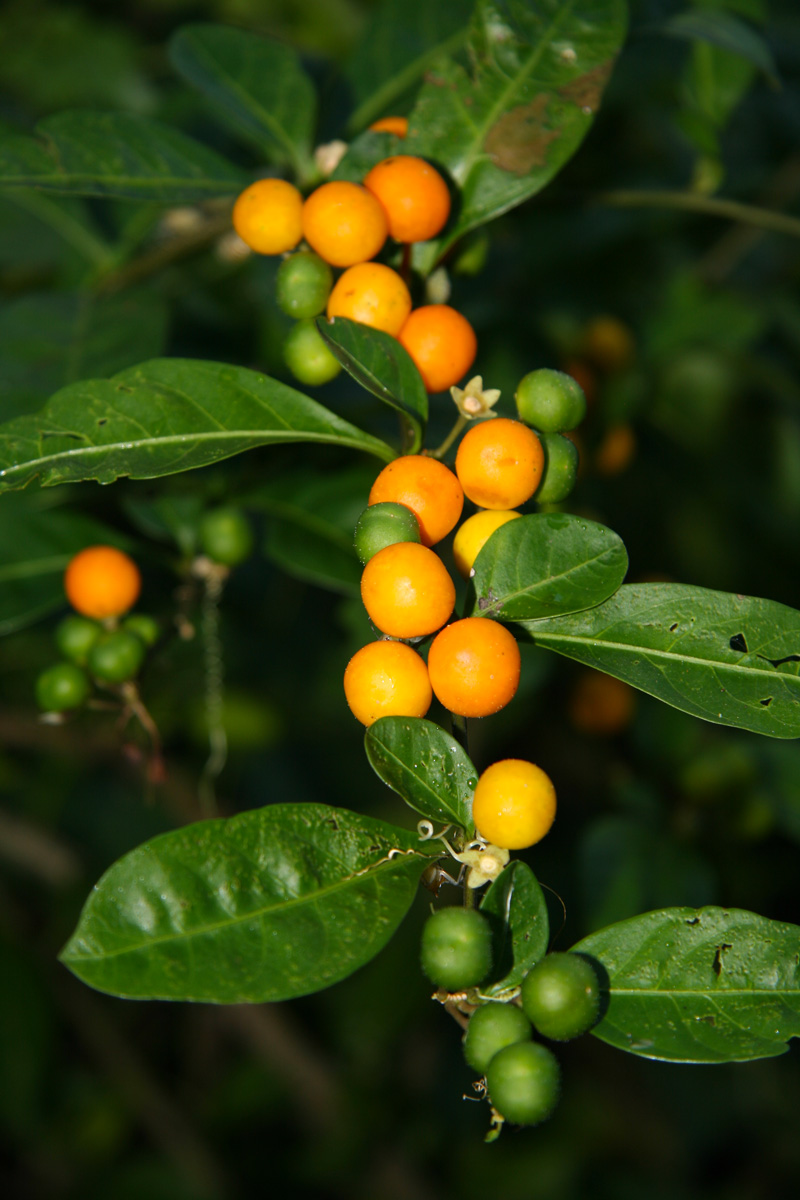 Each fruit is filled with many tiny white seeds. 75% to 85% of the seeds germinated in experiments, and seeds can remain viable in the soil for more than 2 years.

Twin-leaf solanum is native to Mexico and Central America, where it is commonly called amatillo. In the early 1960’s, it began to appear in hedges in the Miami area and was reportedly widespread by 1967. Tropical in origin, it will die back to the ground when temperatures hover near freezing but, unfortunately, will quickly re-sprout from its roots.

Substantial patches of only two-leaf solanum can be found in moist, shady hammocks along the Sebastian River. At ORCA, it frequently occurs along the trails where disturbance has allowed it to get a foothold. This plant grows in full sun or substantial shade.

Frugivorous birds and small mammals including raccoons eat the fruits and distribute the seeds. You might find this pretty but poisonous plant volunteering in your yard, and it is best to pluck it out when you see the seedlings with distinctive two-sized leaves.

Even very young seedlings have the distinctive 2-sized leaves, as shown below in this bevy of seedlings photographed at the Florida Medical Entomology Laboratory. 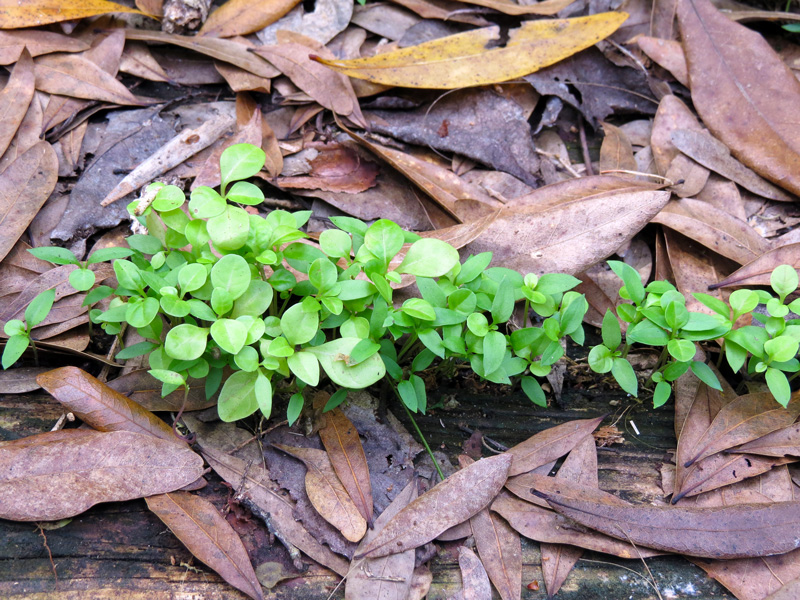