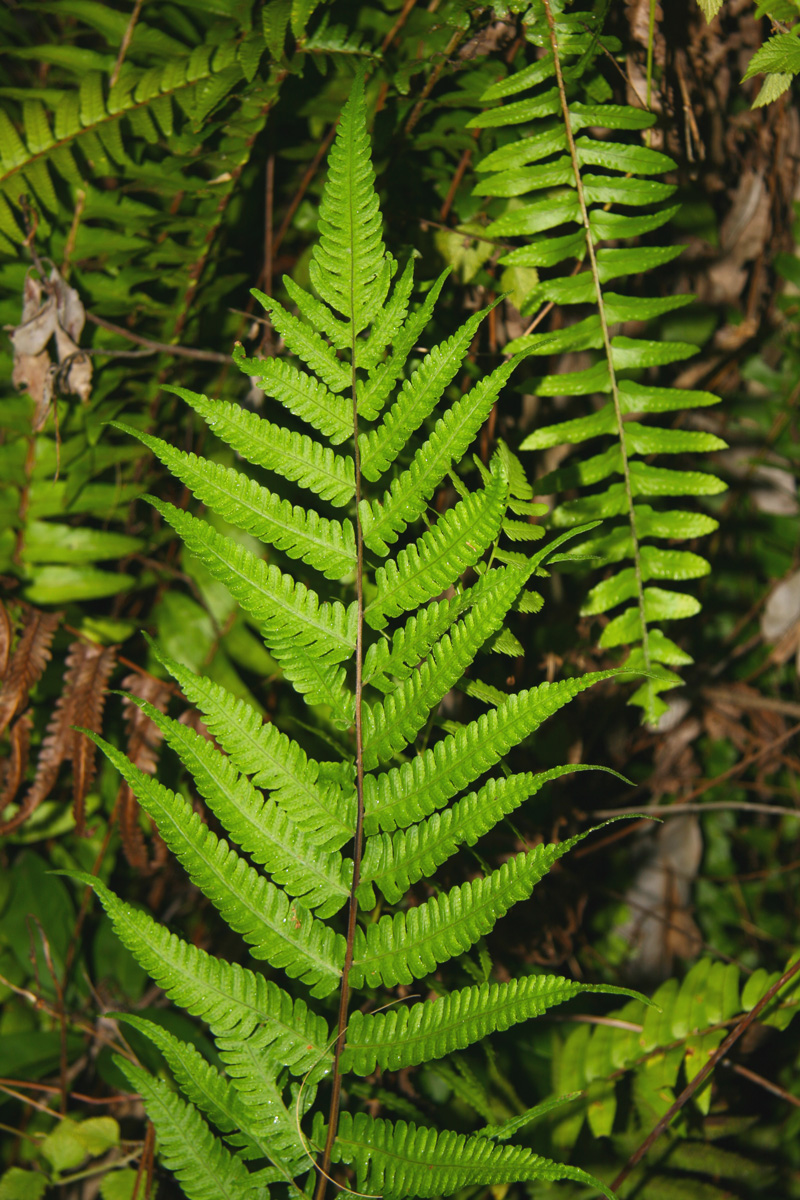 In 2000 not long after the Herb Kale Nature Trail at the Oslo Riverfront Conservation Area (ORCA) was officially opened to public access, Bob Stolze, Curator of Ferns with the Chicago Natural History Museum, came to visit. He was enchanted by the diverse fern flora, especially along the mesic (moist) hammock loop trail. Bob shared his knowledge with the ORCA volunteer group, giving fern identification workshops on 1/22/2000, 2/11/2001, and 1/11/2013.

Bob identified 10 fern species along the public trails on the north side of Oslo Road and, in 2003 when he knew he would not be returning to the area, he provided descriptions of these 10 ferns. His clear and concise descriptions included 3 shield ferns (Thelypteris) that are difficult to identify.

Take a look at the rachis (leaf stalk) in the picture above of downy maiden fern (Thelypteris dentata) taken at ORCA on the hammock loop trail.

Also notice that the leaflets are shorter toward the bottom of the frond in the photo below taken recently along the Sebastian River. 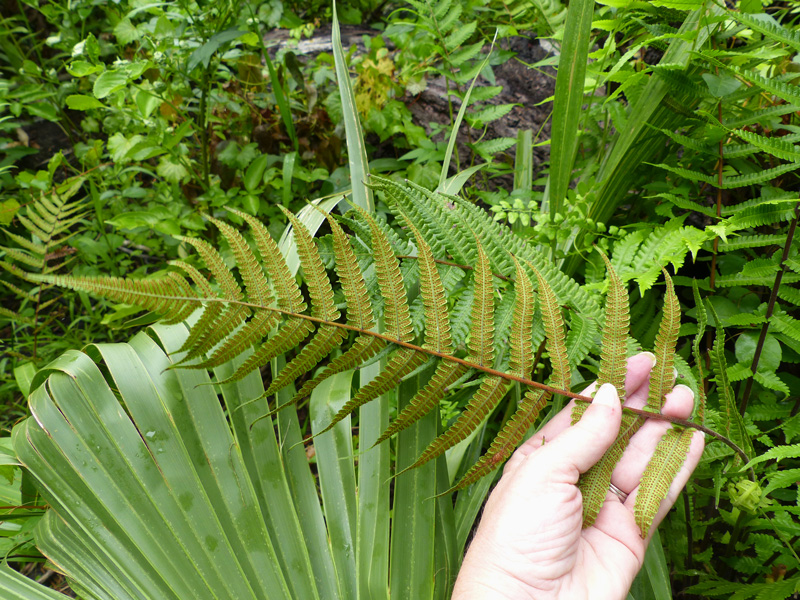 These characteristics are mentioned in Bob’s description of this fern …

Nearly a thousand species in the genus, found in tropical, subtropical and temperate regions. By many botanists now segregated into about a half-dozen genera. Veins are free or joined (netlike). Spore clusters (sori) round, and usually with a kidney-shaped spore cover (indusium). The fronds bear soft, needle-shaped hairs, especially on the underside of the frond and along the midribs of leaflets. Many species in the genus Thelypteris are difficult to identify, even for experts.

The leaf stalk of T. dentata is often purplish. The frond is somewhat narrowed toward its base., i.e., with a few to many leaflets (pinnae) considerably shorter than those higher on the frond. The stalks of fronds are very tightly clustered on the underground stem (rhizome).

Habitat:  Rather common throughout Florida, usually in wet hammocks. Also in the Gulf States and in tropical regions worldwide.

Ferns are more primitive than flowering plants and reproduce by wind-borne spores. Spore cases (sporangia), when present, can assist with identification. Check out the pattern on this downy maiden (or shield) fern.

This fern likely is of Asian/African origin and is naturalized throughout the southeastern U.S. The UF/IFAS Assessment of Non-native Plants in Natural Areas advises “caution” with this tropical fern in central and south Florida.

This fern has been part of the flora of Florida for decades. In 1931, botanical explorer John Kunkel Small noted that “This word-fern is one of the few typically tropical American kinds whose geographical range extends through Florida into Alabama“.

Below it is seen growing along a trail near the Sebastian River where it appears to be well-behaved. 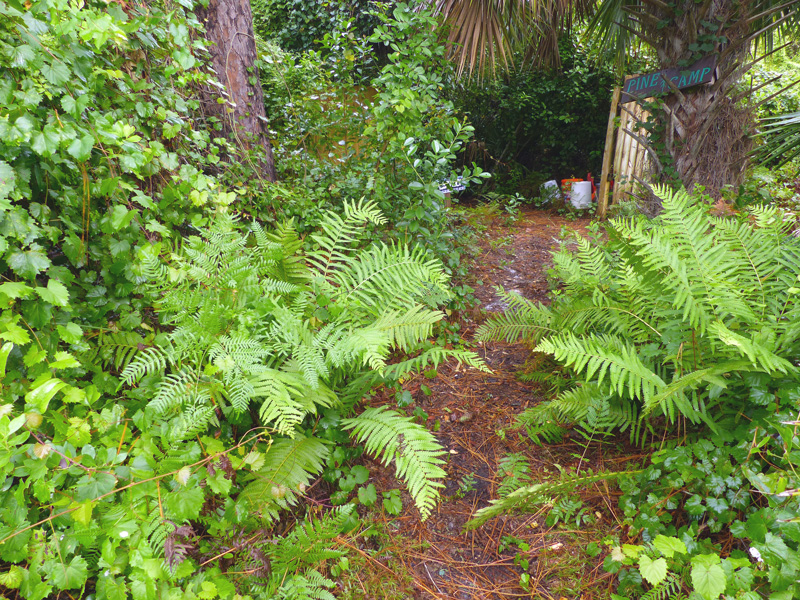