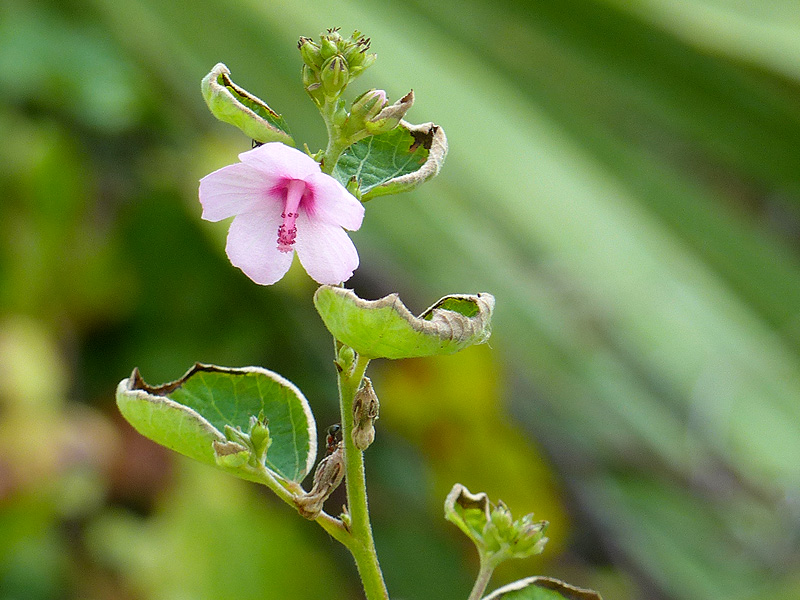 Wish that I could say that Hurricane Irma damaged the invasive pest plants at the Oslo Riverfront Conservation Area (ORCA) significantly. Yes, some Brazilian pepper (Schinus terebinthifolia) is scorched by salt and wind as are exposed oaks and even mangroves. Many leaves and small branches are gone from the oaks, allowing additional sunlight to penetrate to the canopy floor.

And, the caeserweed (Urena lobata) is loving the increased sunlight. It is flowering in the center of the hammock trail at south ORCA with only slightly browned leaf margins on a few plants. 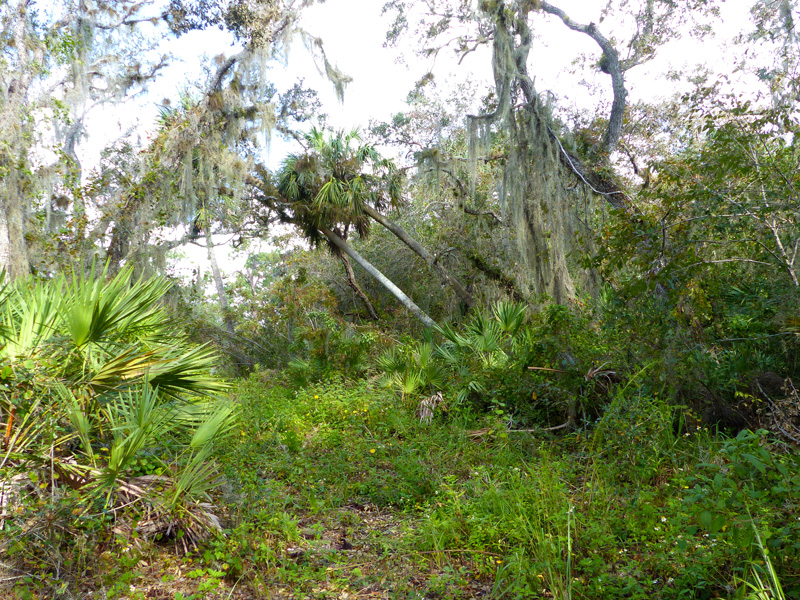 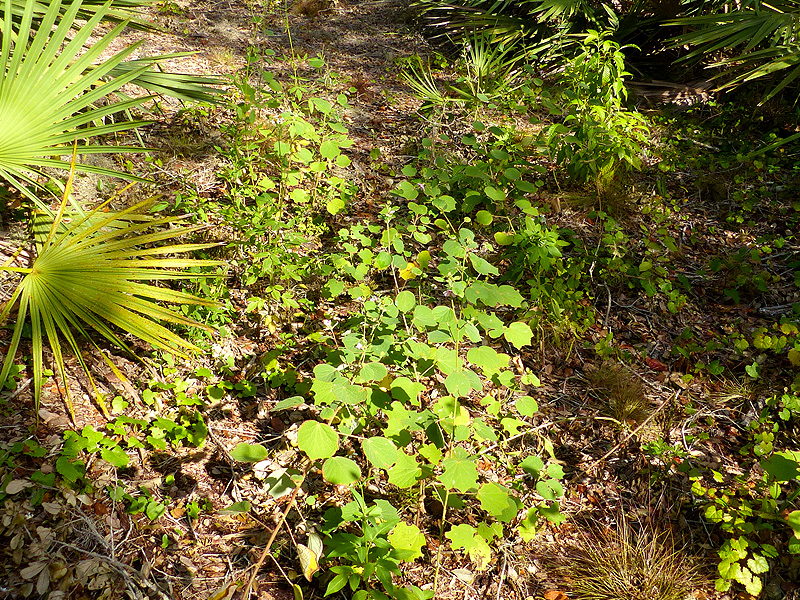 From its dime-sized flowers you can tell that caesarweed is a member of the hibiscus family, Malvaceae. But, unlike the comely hibiscus of commerce, this plant spreads by burrs that attach themselves to people and to animals. The burrs begin green and soft and turn brown and hard … 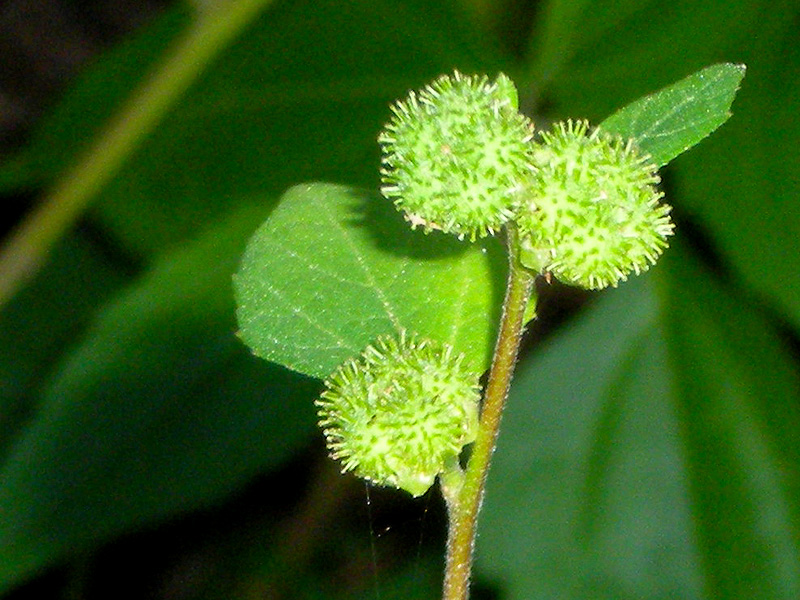 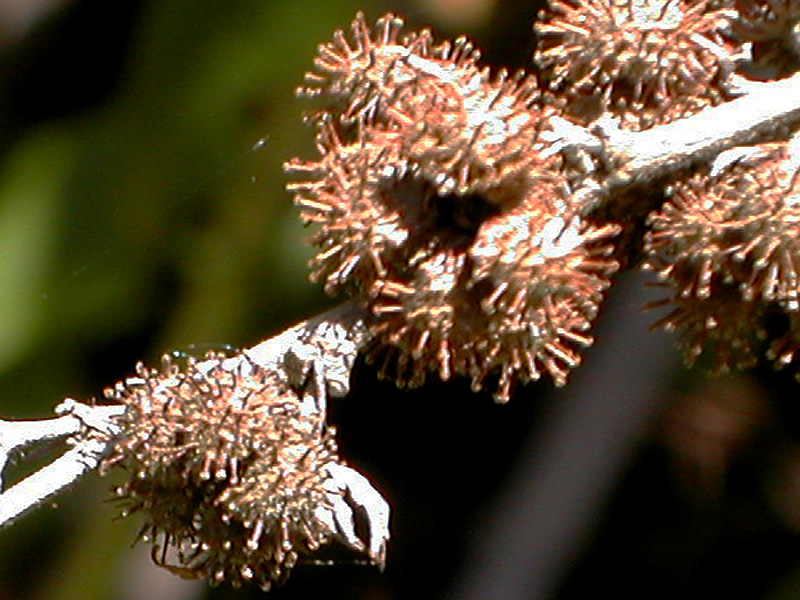 Caesarweed is listed as a Category #1 invasive pest plant by the Florida Exotic Pest Plant Council (FLEPPC). Volunteers have worked to control caesarweed for years at ORCA on the north side of Oslo Road and have made substantial progress. The opening of extensive new trails on the south side of ORCA has allowed caesarweed to invade there. Its presence in the center of the trails is suggestive of human dispersal and the need for volunteer intervention. 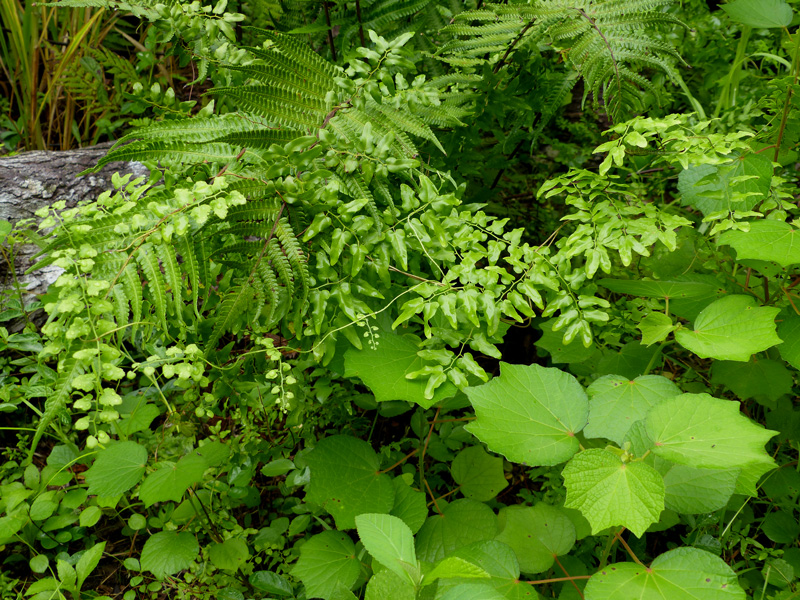 Burrs are bad, but wind-borne spores are a hideous problem. Be on the look-out for old world climbing fern and remove it as quickly as possible. Who knows where it will turn up. It can “volunteer” in a potted plant.