Guineagrass is shown above growing near the bike rack at the northwest “main” entrance to the Oslo Riverfront Conservation Area (ORCA). For awhile the politically correct name for this grass was giant panicum. Not anymore, though, since the botanical name of this grass has been changed from Panicum maximum to Urochola maximum.

The genus name, Urochola, comes from the Greek words oura (tail) and chloa (grass). It is pronounced, yur-oh-KLOH-a, according to Botanary, the website recommended by Sam Chancellor who gave a great talk called A Gentle Introduction to Plant Names on 11/4/2017 (as well as in 2010). The species name, maximum, is pretty self-explanatory.

This grass is very variable and can grow in size from 3′ to 16′ tall, according to some sources. A terrible weed of citrus groves, roadsides, and disturbed areas, guineagrass is considered to be a category #2 invasive pest plant by the Florida Exotic Pest Plant Council. It is all too common on the trails at the ORCA. 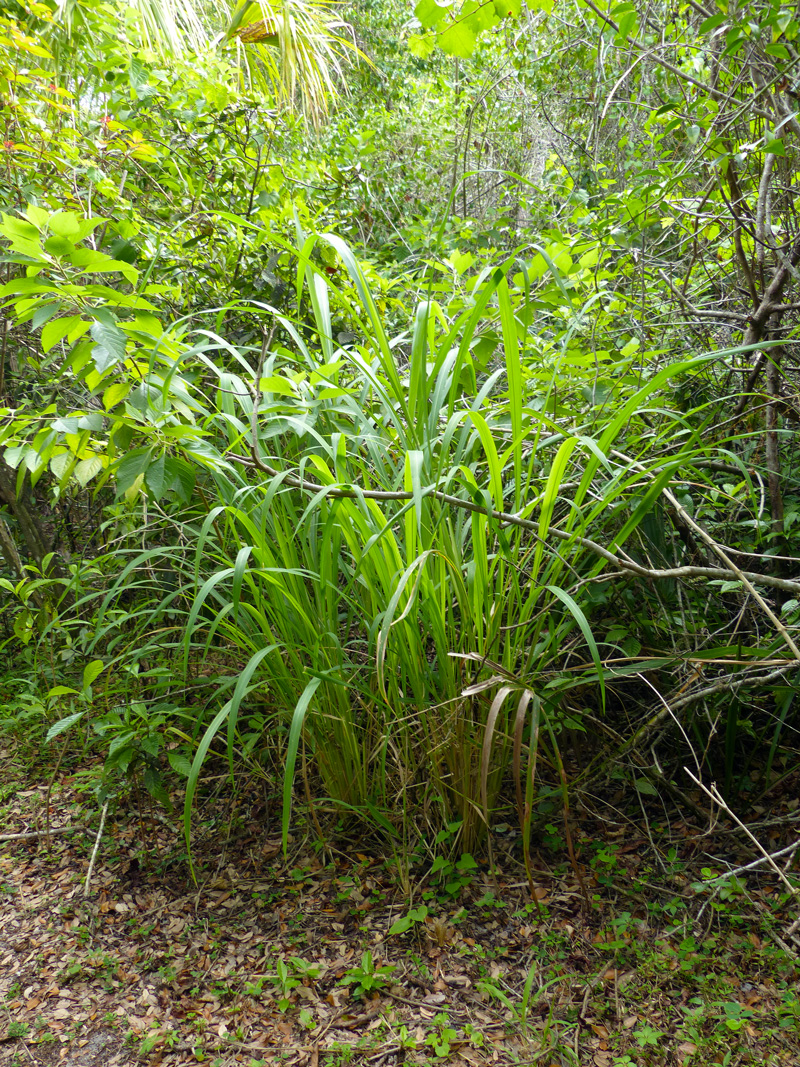 Its leaves are about 2″ in diameter with rough edges. Despite their forbidding texture, this grass was imported from Africa as an easy-to-grow forage just as was cogongrass.

Its inflorescence is a tall,  open panicle — with too many seeds. 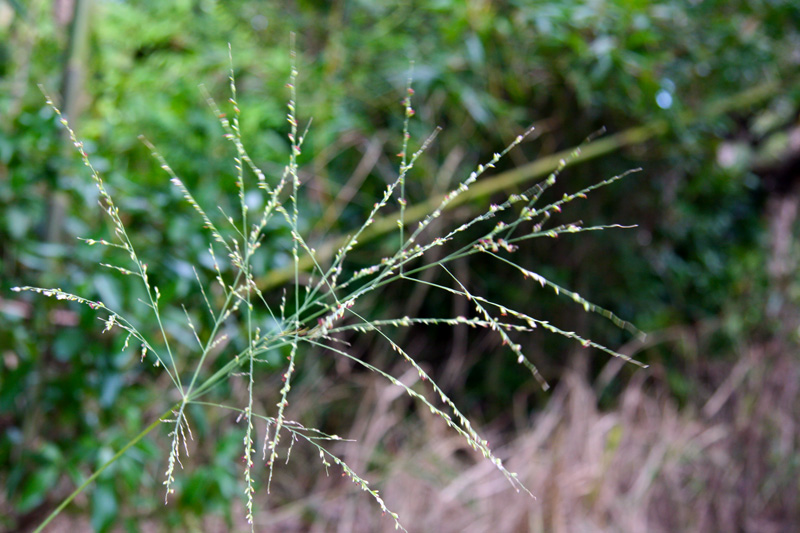 The ORCA link “connector” property on the south side of Oslo Road is an abandoned citrus grove, so guinegrass is especially prevalent there and readily invades any new trails. Below is a photo taken in 2008 at the ORCA link not long after the Brazilian pepper (Schinus terebinthifolia) and aged citrus trees were mechanically removed and mulched up by the Indian River Mosquito Control District.

Last Wednesday’s weed was paragrass (Urochloa mutica), which prefers wetter places. Guineagrass is more tolerant of dry conditions, though moisture enhances its growth. Both of these invasive grasses are an ongoing maintenance challenge.