The aster family, Asteraceae, is sometimes called the daisy or sunflower family.  Many plants in this family, like the weedy but native common beggarticks (Bidens alba) shown below, have the standard daisy setup, a central disc (which is filled with tiny flowers) surrounded by petals … 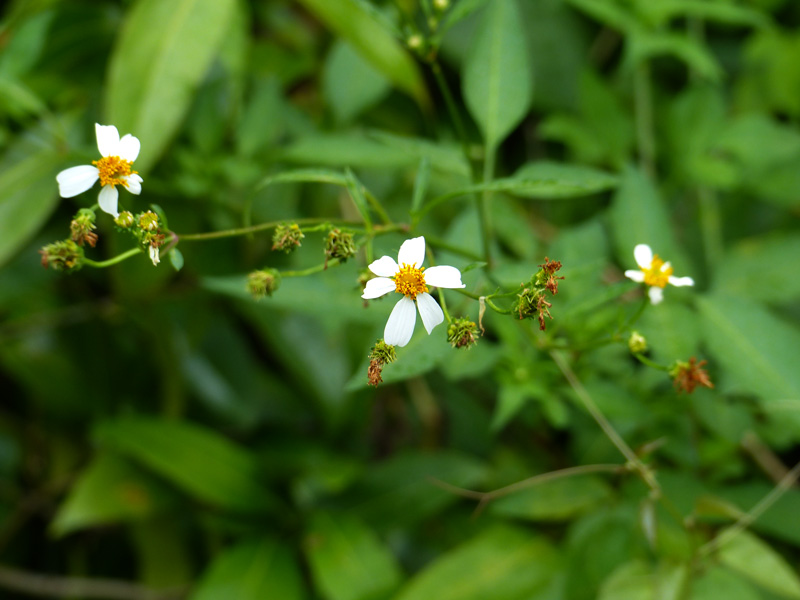 Camphorweeds are “daisies” without petals.  Their flowers are held in terminal clusters called corymbs that can be flat or slightly rounded.  These plants belong to the genus, Pluchea, which is named for Abbé Noel-Antoine Pluche, an 18th century French naturalist.  Seven species of Pluchea occur in Florida, and five of them are native.

Common names for these plants are quite varied and often include the term fleabane.  Presumably, pioneers used these aromatic plants to deter fleas and other vermin.

Their leaves are alternate, toothed, and often festooned with hairs.  “Hairiness”, flower color, and the way that leaves connect to the stem, as well as habitat, can be clues to ID.

Sweetscent (Pluchea odorata), also known as marsh fleabane is the species that you may know from the coastal wetlands at the Oslo Riverfront Conservation Area (ORCA).  It occurs both in brackish and freshwater wetlands.

Rosy camphorweed (Pluchea baccharis), below, is distinguished by lots of silky fine hairs that impart a distinctive silvery-gray sheen to the leaves.  You will find this plant in freshwater marshes and wet pine flatwoods throughout the coastal plain. 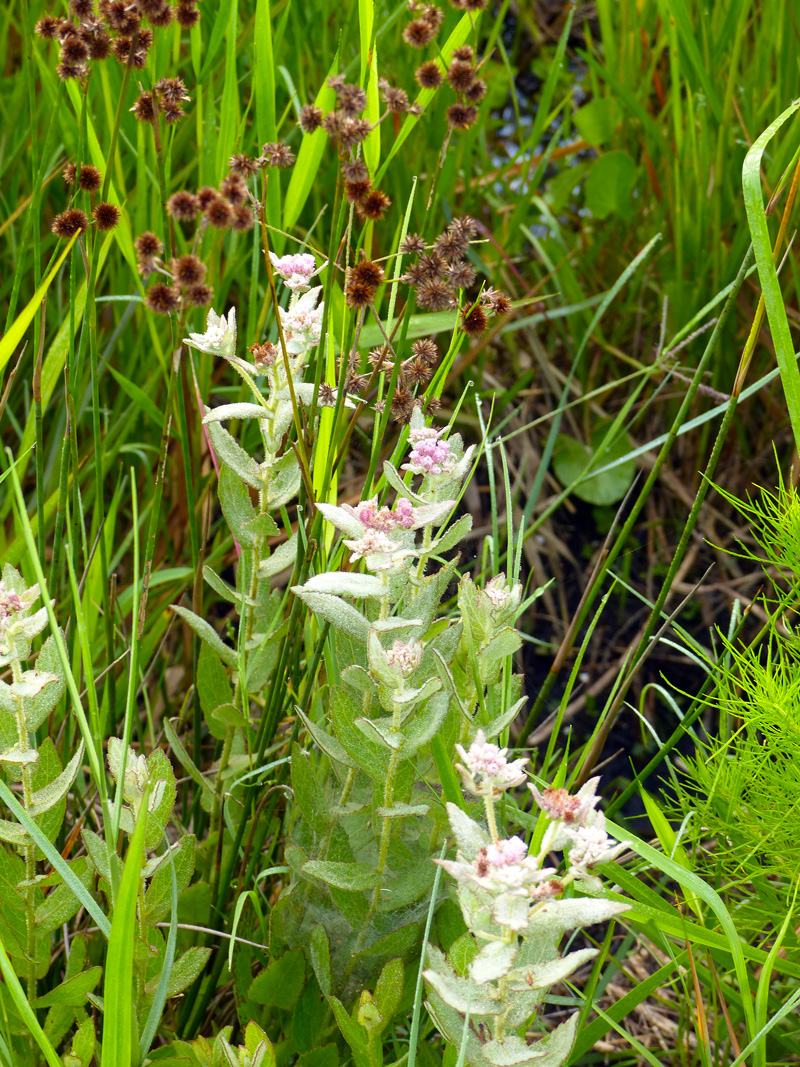 Its thickish leaves are sessile (stalkless), unlike the leaves of sweetscent which are held on short petioles (leafstalks).  When crushed or torn, its leaves emit a fragrance sometimes described as mild citrus.

Its species name, baccharis, comes from the Greek name Bakkaris which was given to a plant with a fragrant root.  Its flowers are rose or pink, and its prior species name, rosea, referred to the color of its flowers.  So, in older books, you may find this plant listed as Pluchea rosea.  Another common name for this plant is Godfrey’s fleabane in honor of botanist Robert K. Godfrey (1914 – 2000) who curated the Florida State University herbarium. 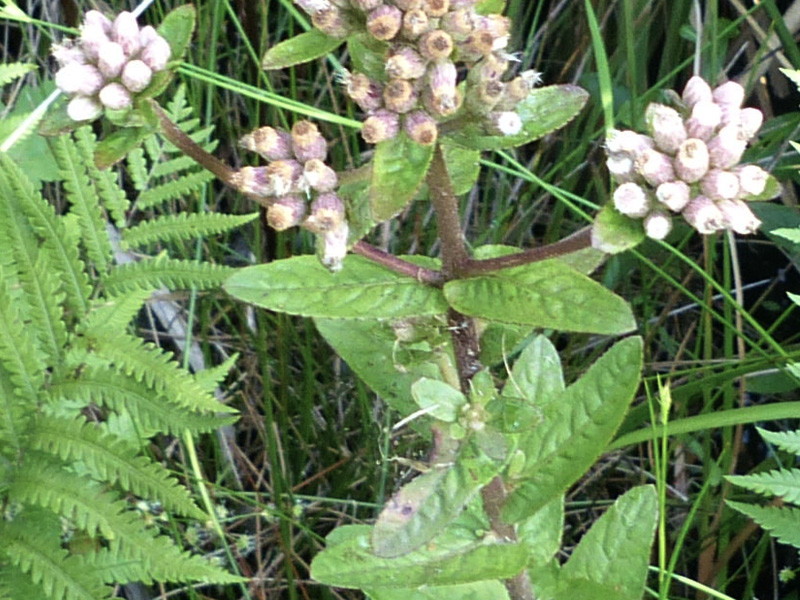 Flowering occurs in the summer and the fall.  Secondary floral branches form below the terminal cluster and sometimes can be taller than the central cluster.

Bees, butterflies, and other pollinators visit all three of these Pluchea species.  Enjoy seeing them in the wild since they are no common in cultivation.