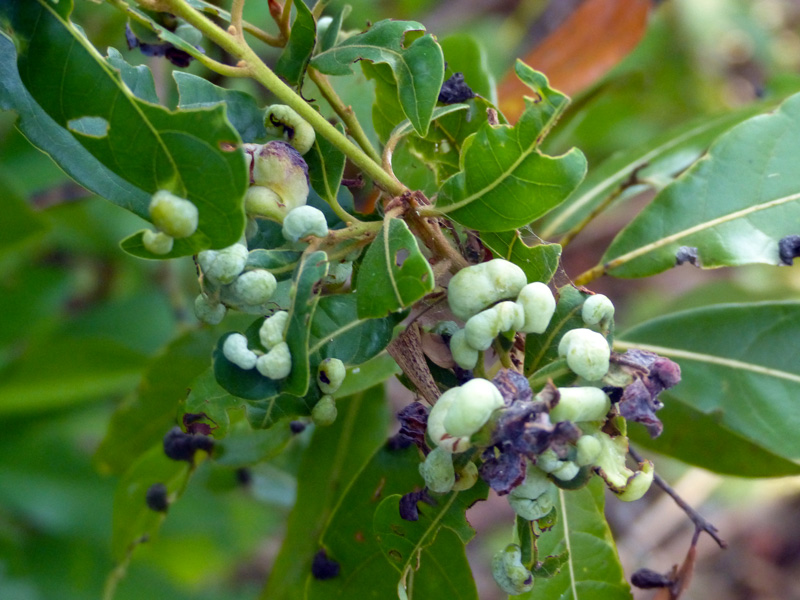 A plant gall is an abnormal outgrowth of plant tissue caused by a “gall-maker”, which could be an insect, mite, virus, nematode or fungus.  The inter-relationship between plant and gall-maker is complex, very specific, and developed over eons.  The relationship between redbay trees  (Persea borbonia) and their gall-makers — a single species of psyllid (a.k.a plant lice) — is a poster child of specificity and complexity.

Science — and botany — sometimes can be confused and confusing.  Sweet bay magnolia (Magnolia virginiana) was described as the first known host of the redbay psyllid (Trioza magnoliae), as evident from the species name, but no verifiable record of this relationship exists.  The suspicion is that swamp bay (Persea palustris) and sweet bay magnolia were confused.

Most psyllids that cause galls are host-specific, and this psyllid has only been documented “using” swamp bay and red bay trees as its host.  And, boy, does this psyllid “use” swamp and red bay.  So much so that the presence of the galls associated with these psyllids is often offered as a field identification cue.

The psyllid is thought to lay its eggs under the epidermis on the edges of the leaves.   After the eggs hatch, the nymphs begin to feed, and the edges of leaves fold under and envelop the nymphs creating reasonably “safe housing”, but … Small parasitic waps called encyrtid wasps (Psyllidephagus sp.,) prey upon the nymphs.   A cecidomyiid midge, Thrypsobremia thripivora Gagné, preys both on thrips that live in curled leaf shelters and on red bay psyllid nymphs.  It’s literally an Insect eat insect world.

Mature nymphs are about 2 mm long.  When the nymph is mature, the gall splits open to release the adult psyllid, which is about 4 mm. 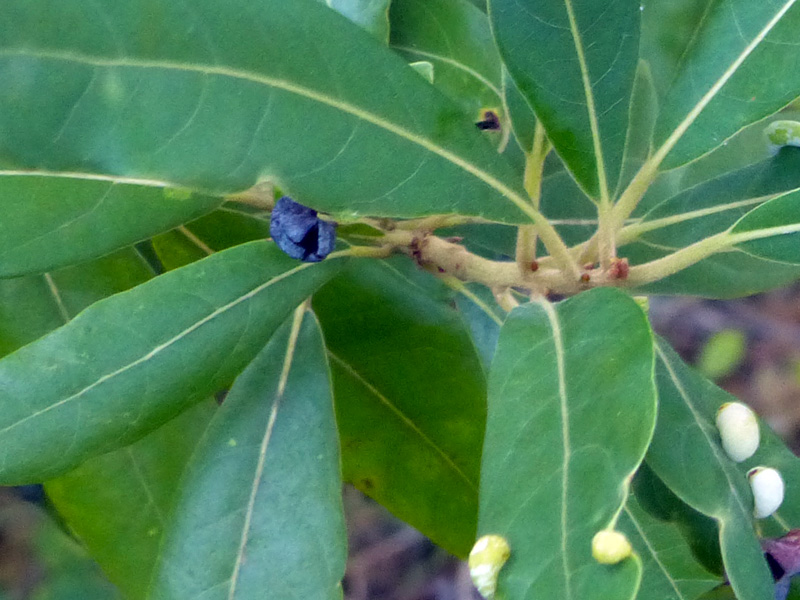 These distinctive galls even attract the attention of small insectivorous birds. They have been known to open the galls to feed on the nymphs.

This ancient and intricate interrelationship between by trees and their psyllid gallmaker is threatened by the recent introduction of the exotic red bay ambrosia beetle (Xyleborus glabratus) and the associated laurel wilt (Raffaelea sp.), a deadly wilt-causing fungal disease.  Infected trees decline swiftly and distinctively … 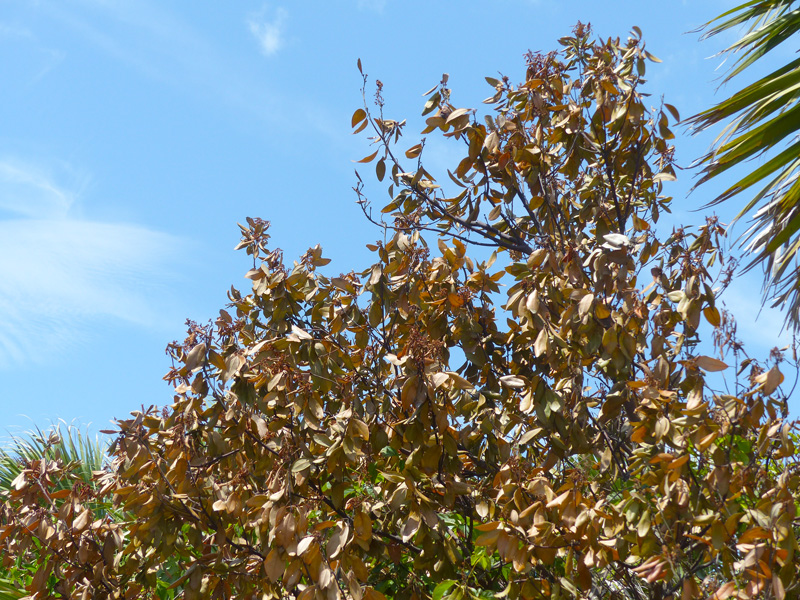 Enjoy seeing these gorgeous galls for they, like the red bay trees, are not as abundant as they once were. 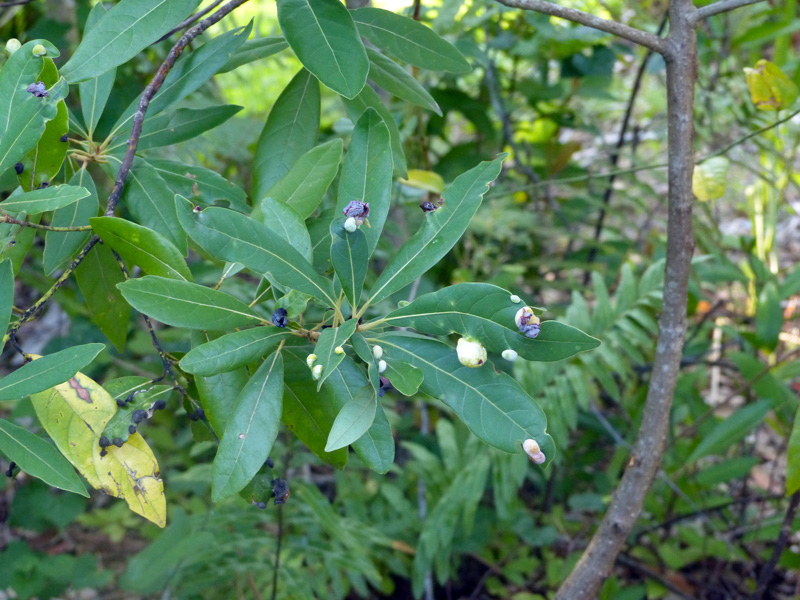