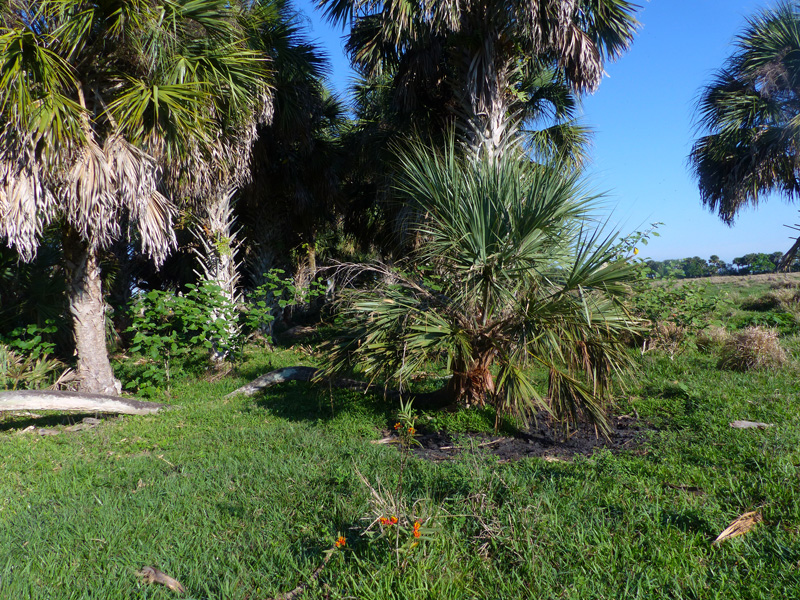 Sharp-eyed Trich Kruza (Class of 2015) spotted the tropical milkweed (Asclepias curassavica) in the foreground of this photo taken at Treasure Hammock Ranch, where we visited on 3-3-2019.  Lots of this weedy, non-native milkweed was flourishing in the pasture, but rancher Mike Sexton was not concerned about this poisonous plant since the cows had plenty of other forage and did not consume it (in part because of its shrubby, ungrass-like growth habit).

It cozied up to cabbage palms (Sabal palmetto) … 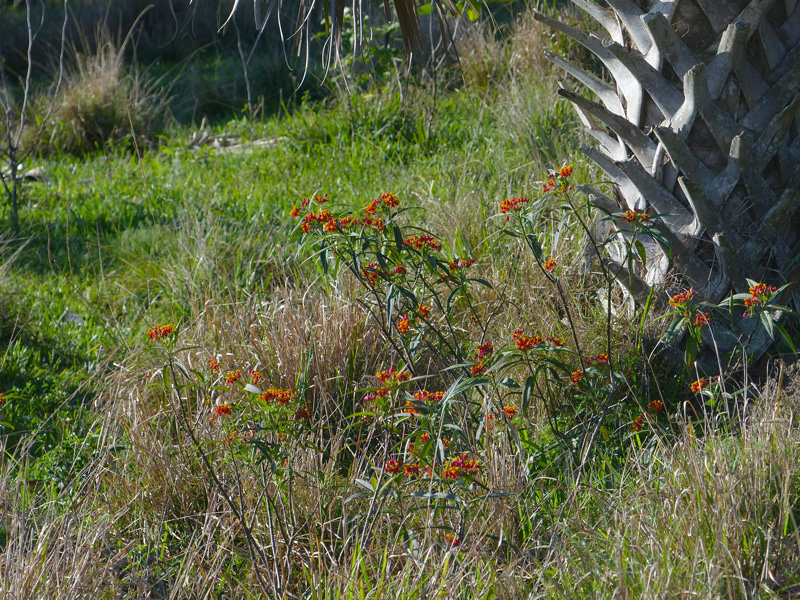 … and with the invasive pest plant turkey berry (Solanum torvum) … 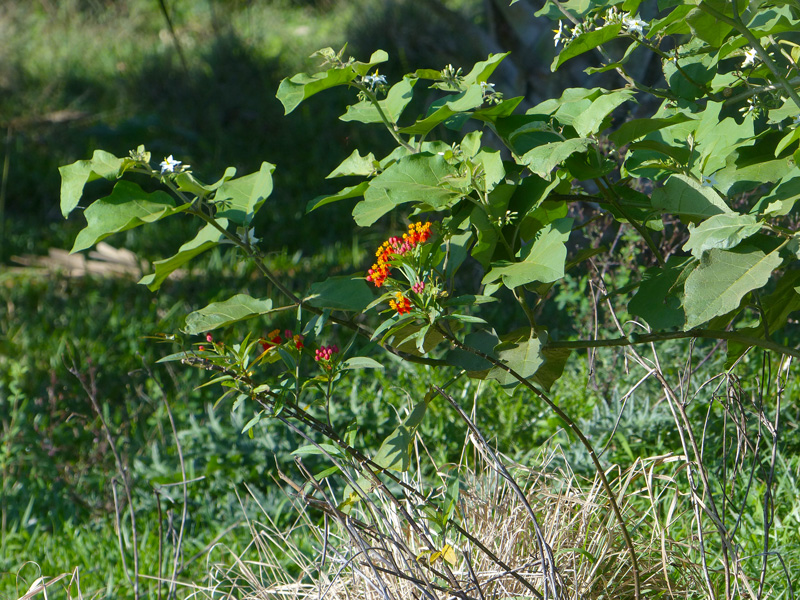 Plenty of seedpods were present, and these follicles split on one side to release their copious seeds.  Each seed has a silken “fluff” attached to it to facilitate dispersal by the wind, so silkweed is another common name for this plant. 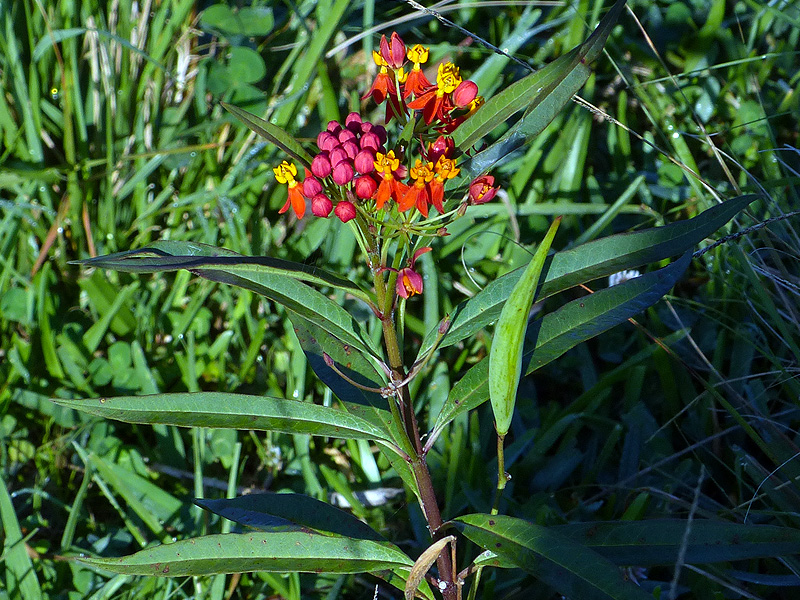 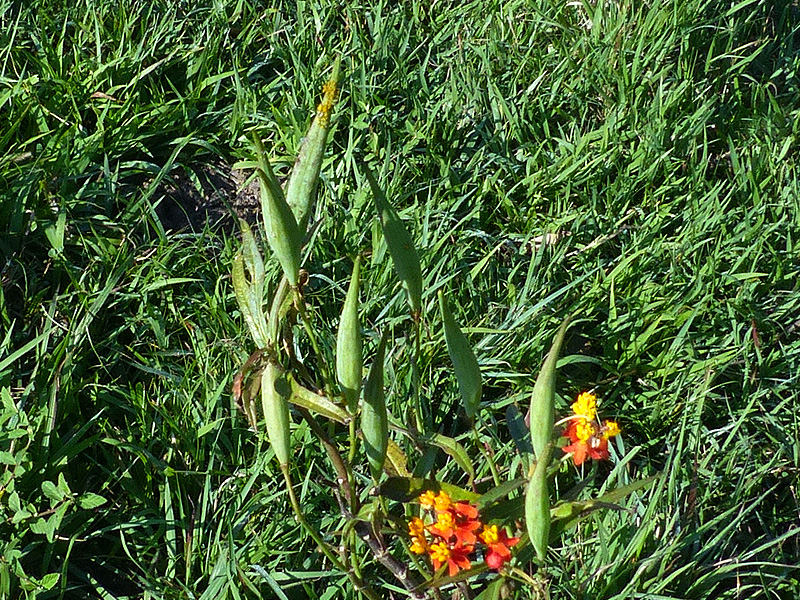 All milkweeds contain seeds with silken parachutes that are dispersed by the wind.  At Treasure Hammock we also saw latexplant (Araujia odorata), another non-native milkweed.  Of this plant, Dr. Thomas Morong wrote in An Enumeration of the Plants Collected in Paraguay: “Fruit an immense ovate follicle” and “the abundant coma is used for making pillows as it is as soft as eider down”. 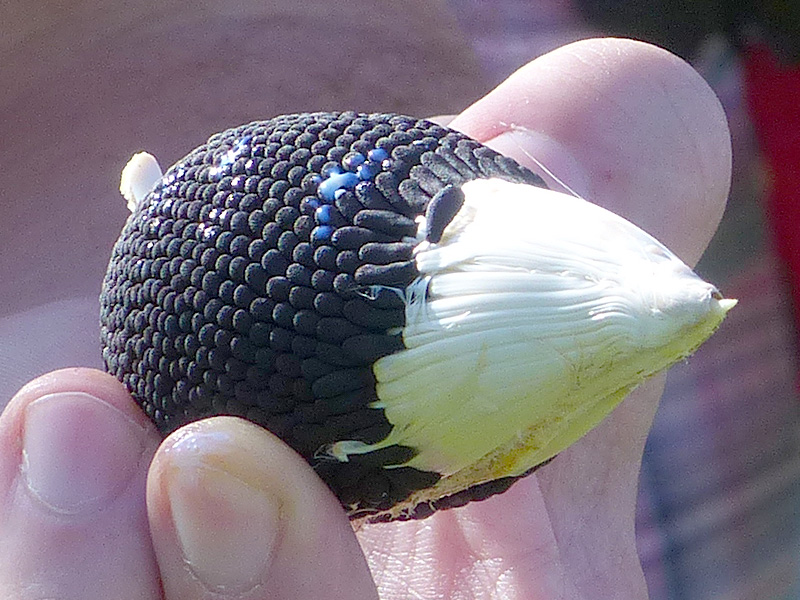 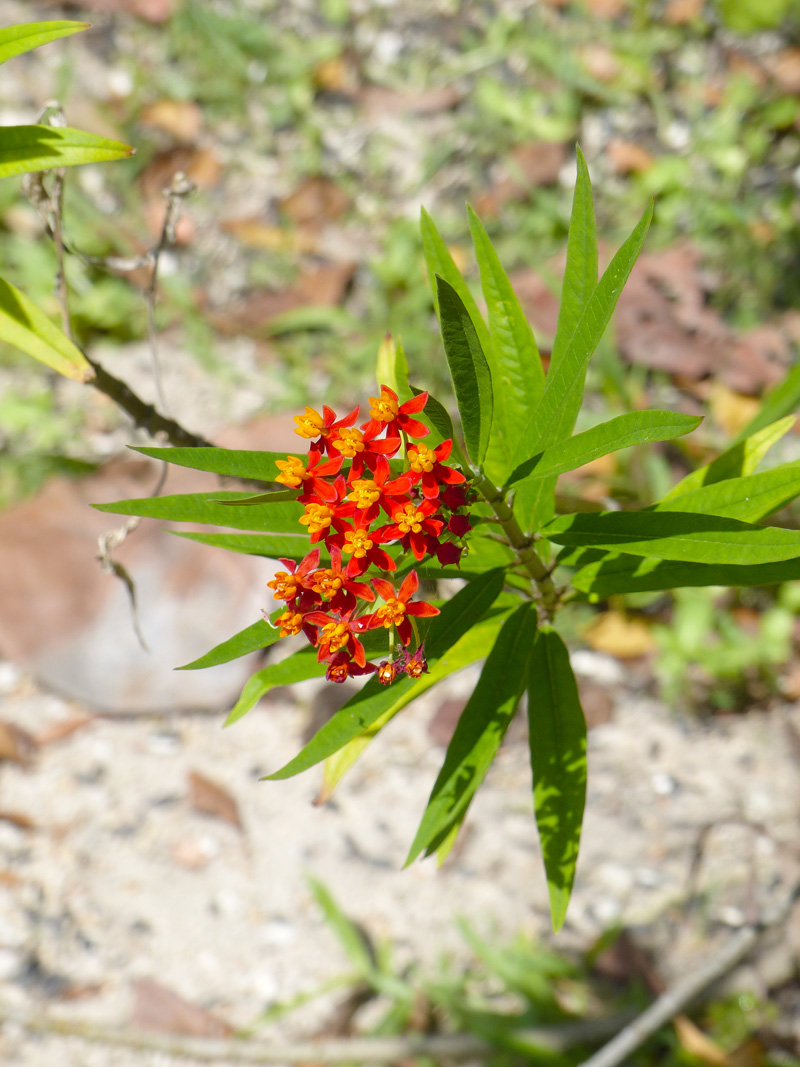 Sometimes, though, the flowers can be entirely yellow. 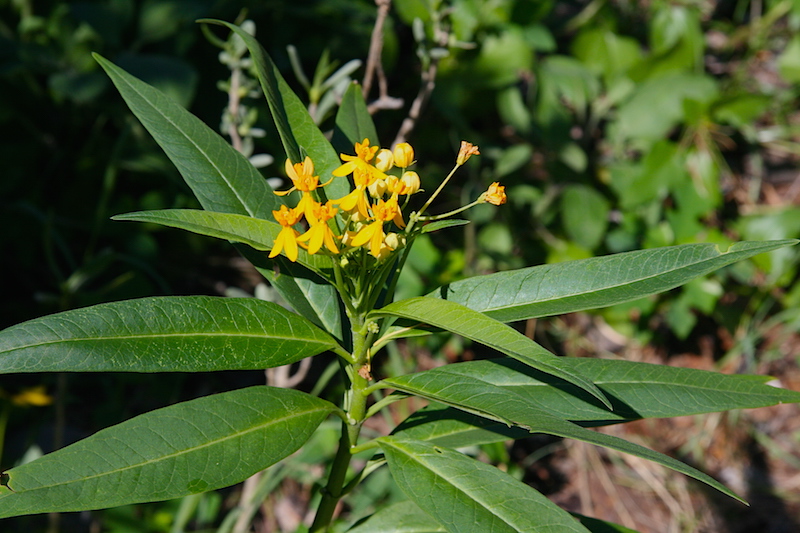 This plant is readily available and revered by some folks as a larval food for monarch butterflies (Danaus plexippus).  It is very easy to grow (to the point of weediness) and frequently is found volunteering along Oslo Road as shown below with a monarch butterfly nectaring on it. 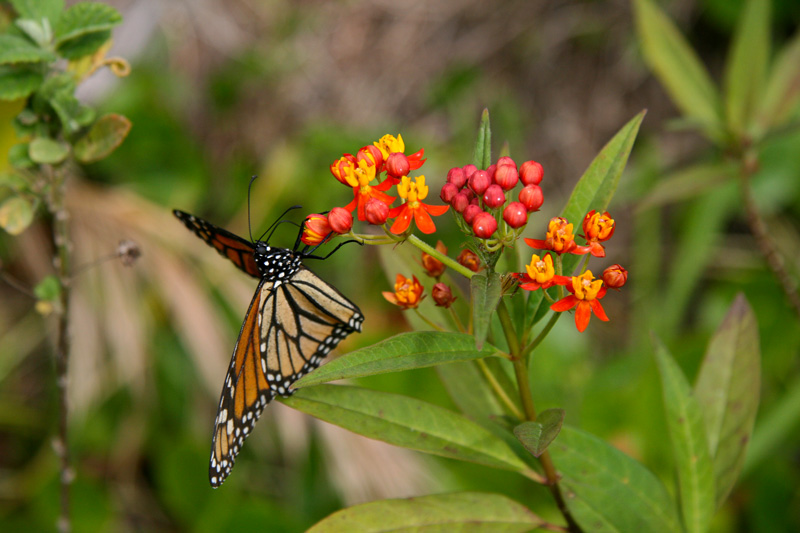 Other butterflies also nectar on this plant, including the first julia butterfly (Dryas iulia) photographed at ORCA in 2008. 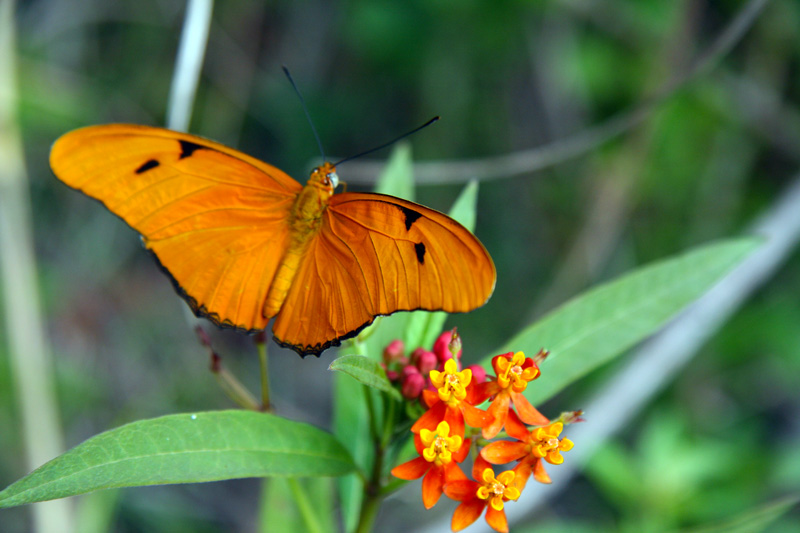 This plant is very controversial!  Some scientists believe that the presence of this milkweed (which is native to the Caribbean, Mexico, and central America) in the southeast U.S. prevents monarchs from migrating and harms resident populations by increasing the presence of a protozoan parasite (Ophryocystis elktoscirrha) (OE) that  deforms the wings of emerging monarchs.  Click  here to read a Smithsonian article titled.How this Popular Garden Plant may Spread Parasites that Harm Monarchs.

Yet another common name for this plant is Mexican milkweed.  Native milkweeds are far more difficult to grow, particular about site conditions, and not readily available.  Whether to include (or allow) this naturalized perennial plant in your landscape is debatable.