Lots of plants in the olive family, Oleaceae, are commonly called “wild olives”, which can cause confusion. “Regular” wild olive or Florida privet (Forestiera segregata) is a common plant on mosquito control dikes and in sunny spots at the Oslo Riverfront Conservation Area (ORCA). Its tiny single-seeded fruits are shown below both unripe (green) and ripe (blue-black).

Scrub wild olive (Cartrema floridanum) is a far less common plant. The species name, floridanum, means of or from Florida and belies that this plant is a Florida endemic. Its natural range shown below from the University of South Florida Plant Atlas is limited to central Florida scrub.

It does not grow at ORCA, but we did see this rare plant on a field trip to the North Sebastian Conservation Area led by Jane Schnee (Class of 2010) and Nancy Soucy (Class of 2010) on April 24, 2010, when it was identified by its “old” botanical name, Osmanthus megacarpus, derived from Greek words. Osmanthus refers to the fragrance of its flowers: Odor (osme) and flower (anthers). Megacarpus references the relatively large (mega) size of its fruits (carpus).

In 2012, botanists “separated” the two formerly Osmanthus trees native to the U.S. into their very own genus, Cartrema. The genus Osmanthus now is composed of only Asian species. “Plain” wild olive (Cartrema americanum), also known as American devilwood, grows throughout the southern U.S. with its range ending in Indian River County and is cultivated as an ornamental for its fragrant flowers. 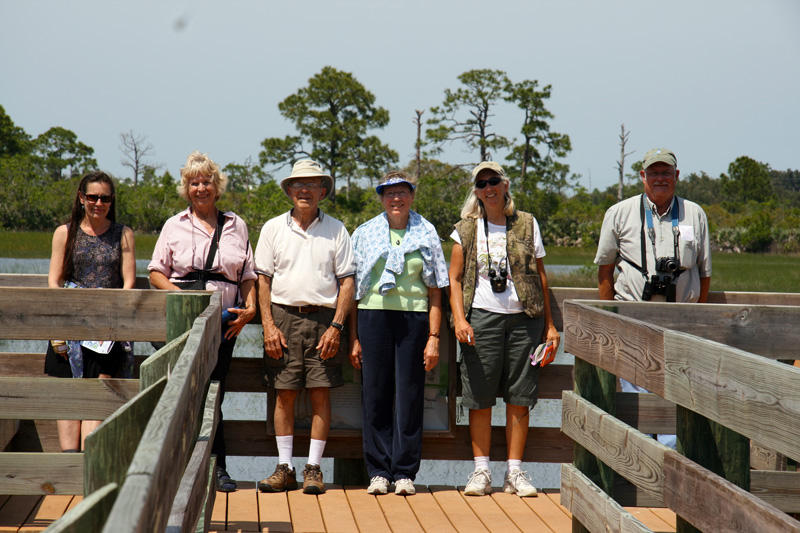 Eventually, I learned to take group photos at the beginning – not the end – of the field trip. Pat and Jack Casselberry, Bob McKinlay (Class of 2005) and his wife Pam Muse, and Joyce and Dave Thompson (Class of 2006) participated. Remaining for the photo taken at the wetland overlook by Bob Bruce (Class of 2012 ) were Janice Broda, Jane Schnee, Bill and Maggie Taylor (Class of 2004), Nancy Soucy and Joe Carroll (Class of Fall 1998).

The scrub wild olive was flowering fabulously. Its tiny white flowers, held in panicles, are fragrant and attract bees and other pollinators. Blue – black fruits, globose drupes about 1/2″ in diameter, follow in the fall on female plants. Wild olives are dioecious, the male and female reproductive parts occur on separate plants.

Compare the flowers of Florida privet (a.k.a. wild olive) in the photo below taken by blogger/photographer Bob Montanaro … 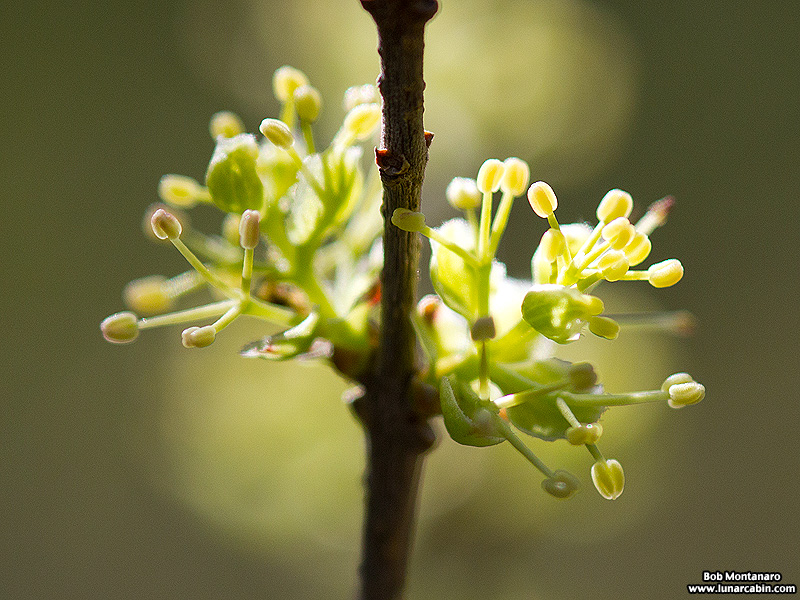 The leaves of scrub wild olive are opposite, leathery, from 2 – 5′ long and dark olive green. This tree can grow to be 30’ tall and about 10’ wide. 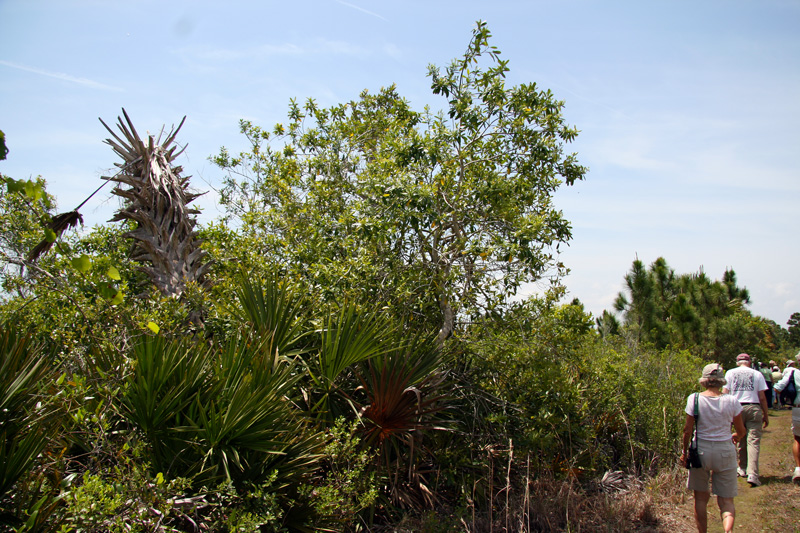 Look closely at the blooms of both of these plants for what is likely beetle damage. Beetles often eat their way through flowers as part of the pollination process. Beetles were among the first insects to visit flowers, millions of years before bees arrived, and remain important pollinators.

Some critters have been here for a long time, though some like the dinosaurs are long gone.